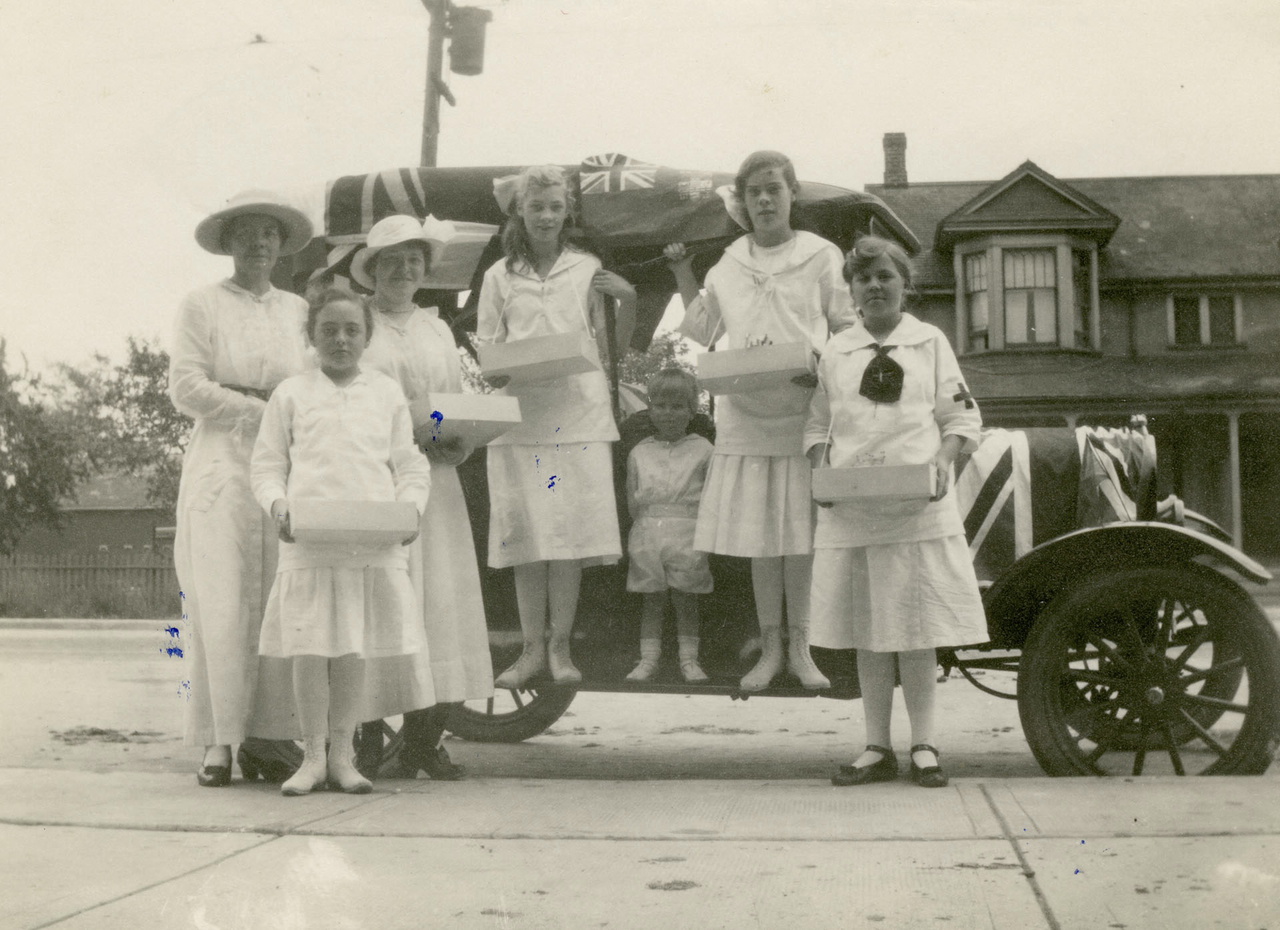 Donald Fraser’s mother was an active supporter of the Red Cross Society, which raised funds to care for the wounded and dying, providing surgeons, nurses and stretcher-bearers, and maintaining hospitals overseas.

She hosted a concert on December 27th, 1915. The program indicates that Frieda Fraser played piano in a trio with two neighbours, and the music was interposed with recitations. After the concert, Frieda wrote to her brother about their success: “so far we have made $55 … on the whole it went off very well & of course it is a relief to have it off one’s mind especially after spending so many hours in practicing for it.”

Patriotic tags were sold by children during “Tag Days”. In return for donations, participants were given tiny paper tags so that they could proudly display their patriotism and support for the war effort. The same fundraising principle is used today with Remembrance Day poppies in Canada. 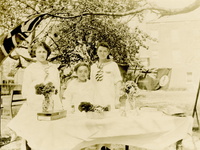 A Red Cross garden party, held in 1915 on the grounds of the Empringham Hotel (southwest corner of Danforth Ave. and Dawes Rd.), in Toronto. Margaret Empringham is in the middle. 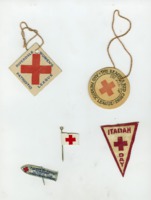 A selection of badges, tags and buttons from WWI. The fronts appear on the first page, the backs on the second.