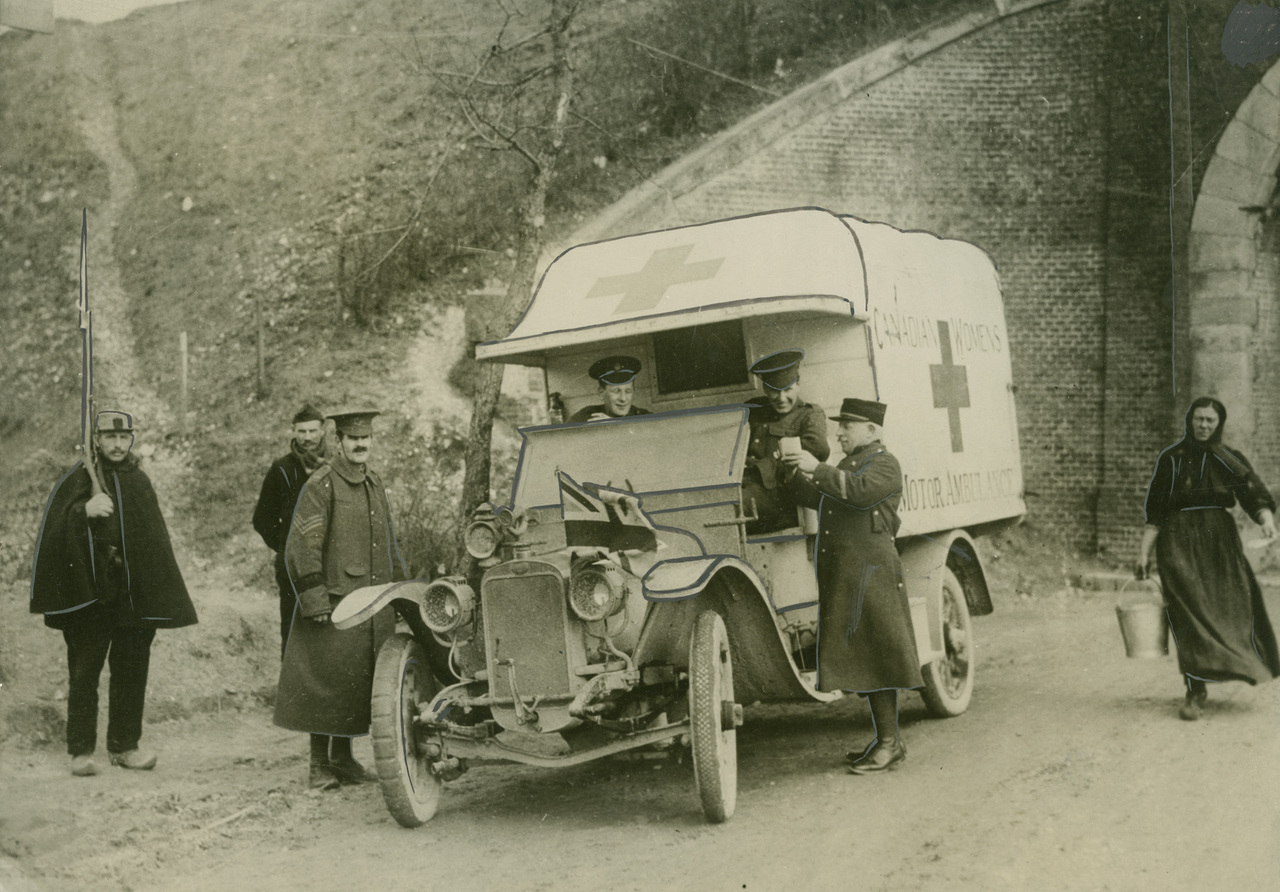 The Royal Army Medical Corps worked behind the front lines. Medics and stretcher-bearers would move the wounded from the battlefield to dressing stations, where physicians like Donald Fraser worked.

During the Battle of the Somme (July-November 1916), Captain Donald T. Fraser was responsible for evacuating the dead and wounded from the battle field. He was awarded the military cross, for bravery in the field, for his work at the beginning of the battle on July 2nd, 1916.

Money raised in Canada by the Red Cross provided medical supplies and automobiles for the western front, including the ambulances illustrated in these photographs. The ambulances were not restricted to Canadians. Rather, they served all allied troops. 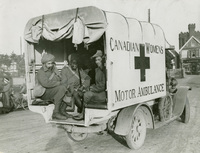 A hand-written diary of his time in the trenches.