Toronto Does her Bit 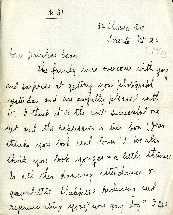 Canadians on the home front “did their bit” by contributing to the war effort in many ways. Participation included fundraising, volunteering their talents, time, and energy, as well as following mandated behaviours such as food conservation and recycling.

Maynard Grange’s claim that she was “doing her bit” by wearing old hats seems flippant, but shows the lengths people went to in support of the troops. (See her letter, right, which she signs "Jeffery".)

The Christmas card from 1915 displays a newsboy shaking hands with a soldier. Inside, the card reads: “As I walk my route in the early hours, my path isn’t one of rosy flowers; But I’m better off than our soldier chaps – cold and hungry, - and wounded p’raps, Doing their bit”.

Do your bit
Songs of the Homeland no. 1 by Gordon V. Thompson. Includes words and music.
Unknown
1915
Public domain
MUSIC-CSM-THOMPSON-DO