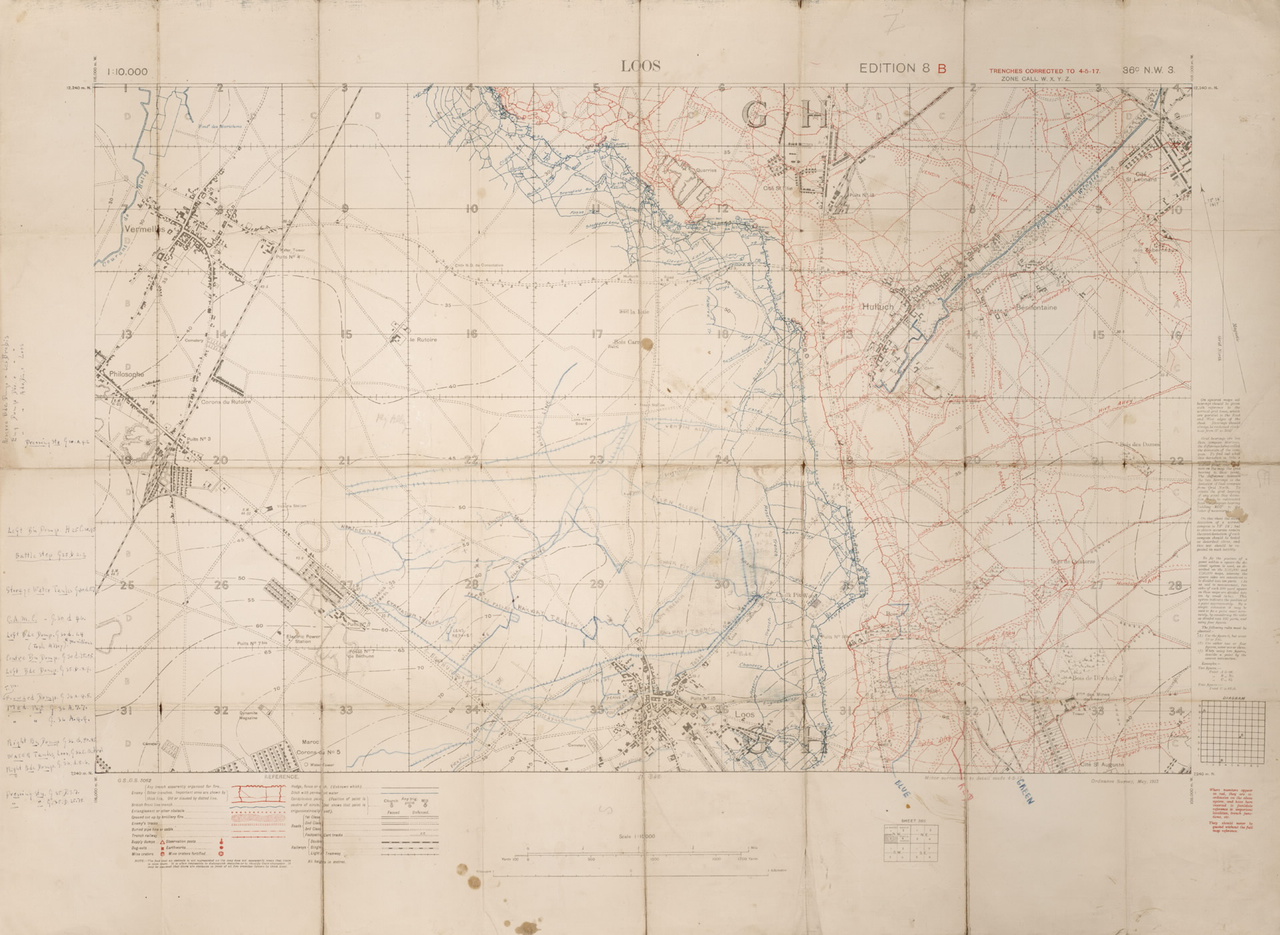 Much of the Great War was fought in a series of defensive trenches that stretched from Switzerland to Belgium.

During the war, over 400,000 Canadian soldiers fought in the trenches on the western front; Private Norman Keys of Toronto was one of them. Part of Norman’s training to become an officer in 1917 involved learning how to draw and interpret field maps.

Canadian troops had distinguished themselves, in battles such as Vimy, Cambrai, and Passchendaele, places previously unheard of that would become household names during the War. Families at home would consult this map to follow the fortunes of a brother, father, husband, or son.

War map published by the Montreal Star Publishing Co., Limited for The Montreal Daily Star and The Family Herald and Weekly Star, specially indicating scenes where Canadian troops distinguished themselves. The map's border features regimental crests with title "The Canadians in France". 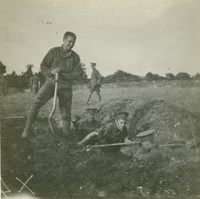