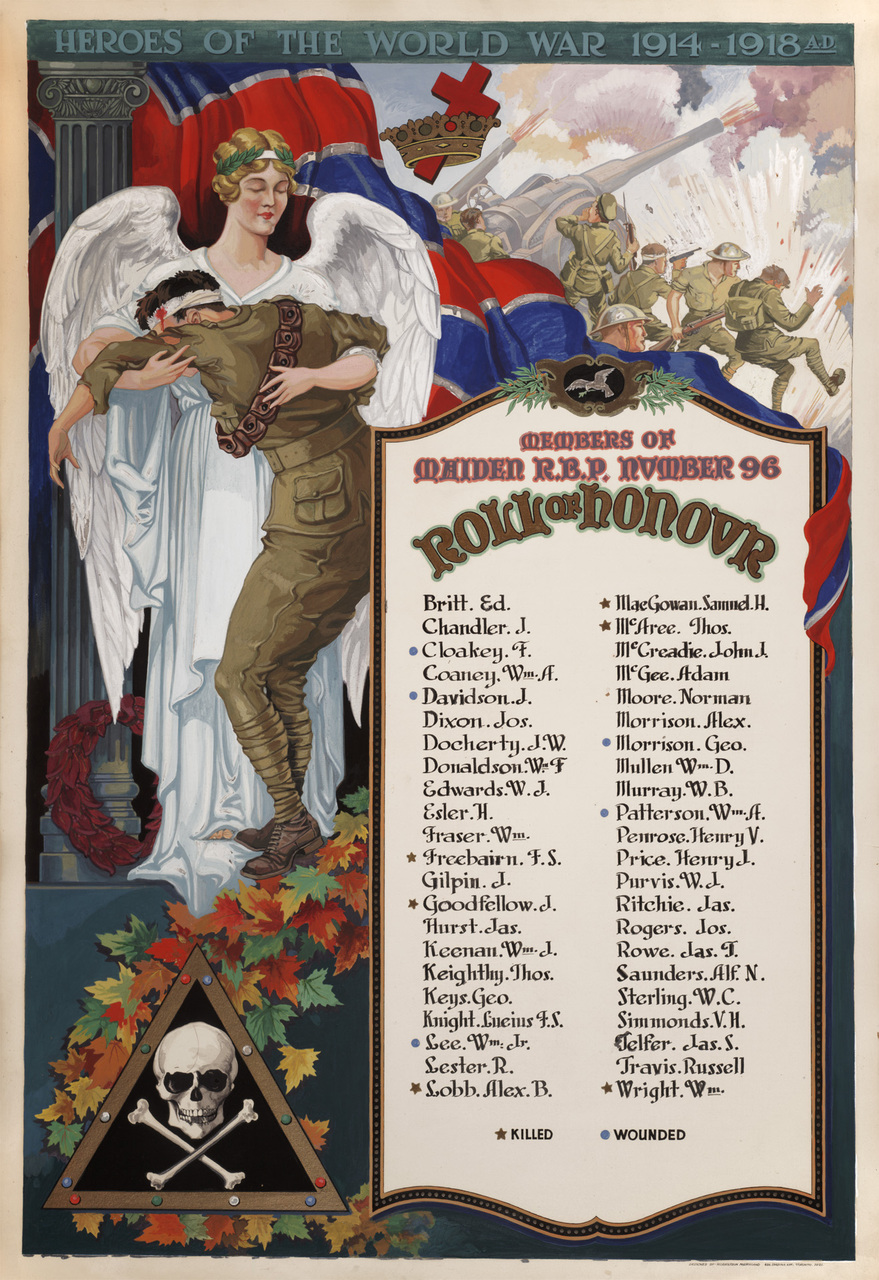 A hand-painted tribute to the members of the Maiden R.B.P., including mention of the wounded and dead.

Recovering from wartime injuries was a long process for many veterans, and some never fully recovered. Their injuries could be physical or psychological, suffering from the harsh exposure to wartime conditions. After the war, Norman Keys was active in a number of Veteran’s organizations, including the War Amputees and the University Veteran’s League.

Although hostilities officially ended on November 11th, 1918, the Victory Bond campaign continued in 1919 with the aim of raising money for the rehabilitation of wounded soldiers. Voluntary efforts mobilizing Canadian support for the war, however, were not enough and in 1917 Canada’s wartime government introduced income tax as a “temporary” measure, which has been with us ever since!

After the war, many organizations published rolls of honour, committing to history the names of the brave men who served in the Great War. This manuscript recognizes the men who fought in the war from the Maiden R.B.P. (Royal Black Preceptory) Lodge, a senior branch of the Orange Order, which met on Queen Street in Toronto. 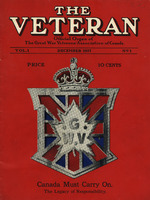