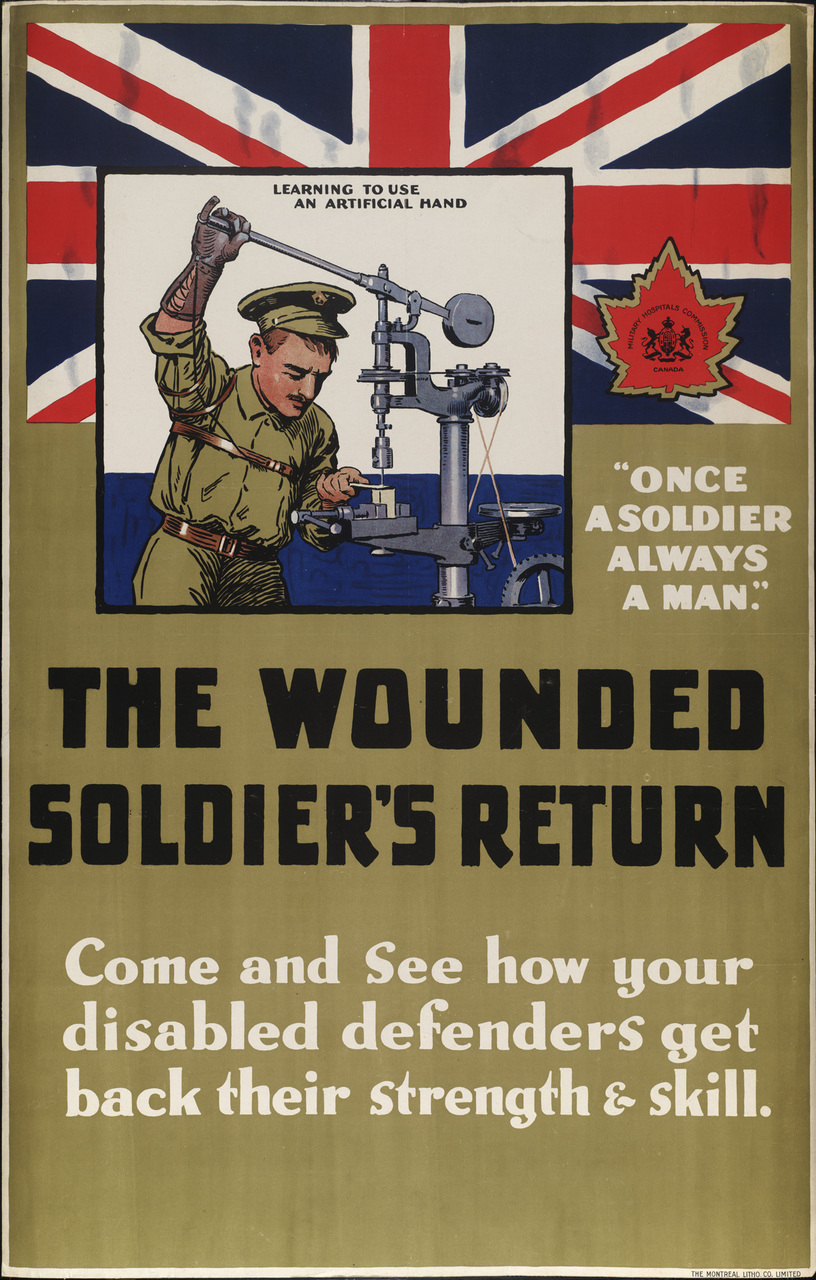 The hardest part of having a loved one at the front was the constant fear and anxiety. The post was unreliable, and letters were often waylaid or lost.

Norman was wounded for the third and final time on August 20th, 1917.  His family was informed by official telegram ten days later.

As soon as he was able, Norman wrote to his mother in a tentative scrawl, asserting that he was “fit as a fiddle in dear old Blighty (i.e. England) … the only thing wrong with me now is my right hand & wrist which are numb -- in the right side but I can use the thumb & 2 fingers though they are stiff & weak …”.

The newspaper clipping of June 1917 was saved by Lily Denton and refers to Norman’s second wound, May 3rd, 1917.

"Some of our wounded enjoying a drive"
Canadian Red Cross Bulletin
May, 1918
Public domain

Manuscript letter
Keys, Norman
Toronto Public Library
1917
"What do you think of my left handwriting?"