African-Canadians have a long and distinguished history of military service in defense of the British crown, beginning with the Company of Negroes, who fought with the British in the American Revolutionary War in exchange for land and freedom in British North America. The War of 1812 saw enslaved and free blacks fighting on both sides of the conflict. Sergeant William Thompson, along with thirteen members of the 3rd Regiment of York Militia, transferred to the Black Corps established at Niagara. They fought courageously at Queenston Heights, Fort George, Stoney Creek, Lundy’s Lane, and constructed Fort Mississauga.

When the Mackenzie Rebellion broke out in 1837, nearly every black man in Toronto volunteered. Fearing re-enslavement, and deeply loyal to Queen Victoria and to the British principles to which they felt they owed their freedom, African-Canadians fought the rebels on the Niagara and Detroit frontiers.

Racist enlistment practices resulted in rejection when African-Canadians tried to join up during the First World War. After much protest, a segregated company, known as the No. 2 Construction Battalion, was formed in 1916. More than 600 black men served overseas, and five of them were from Toronto: William Cook, Harry Linden Day, Charles Nelson, John Sullivan and John Lewis Sullivan. 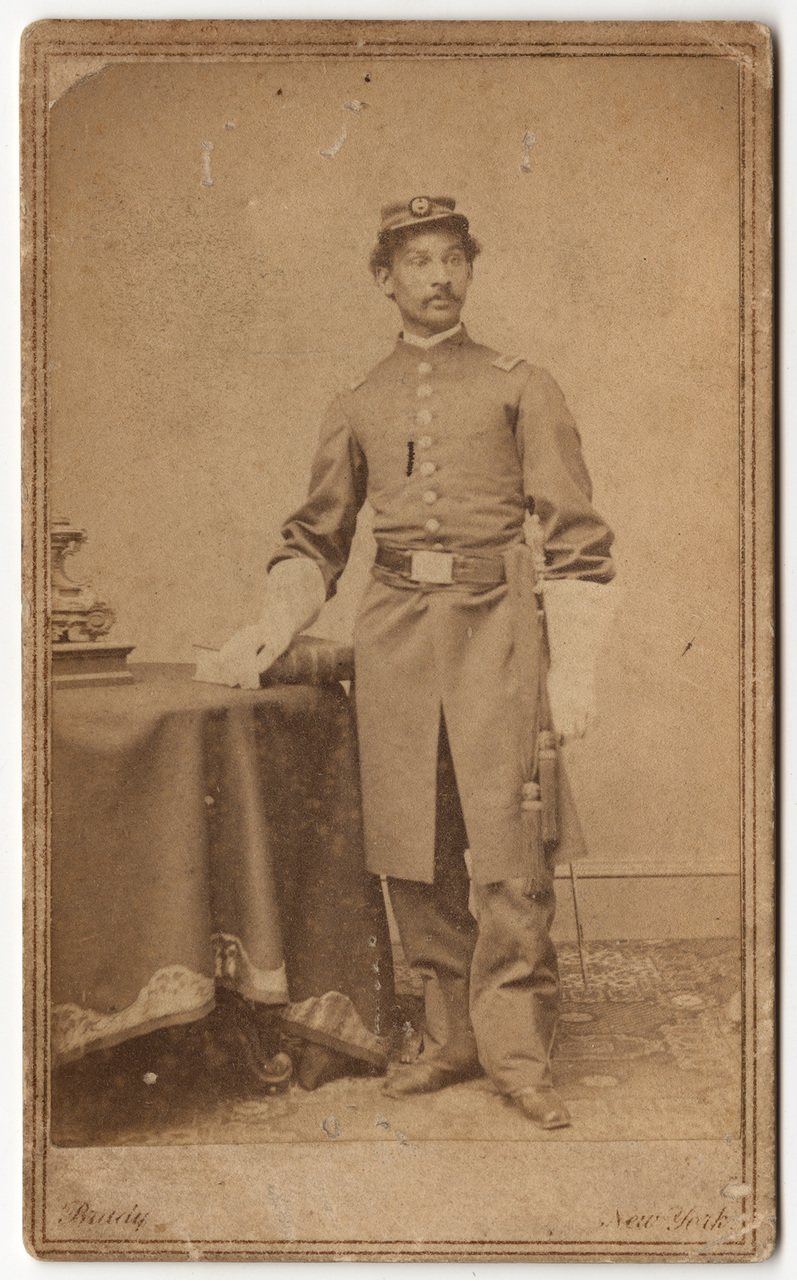 Anderson Ruffin Abbott, son of Wilson Ruffin Abbott and Ellen Toyer Abbot, was one of eight black surgeons serving the Army Medical Corps, in the Union Army, during the American Civil War. Following Abraham Lincoln's assassination, Mary Todd Lincoln presented Dr. Abbott with the plaid shawl the president had worn at his inauguration, in recognition of his service in the Union Army. 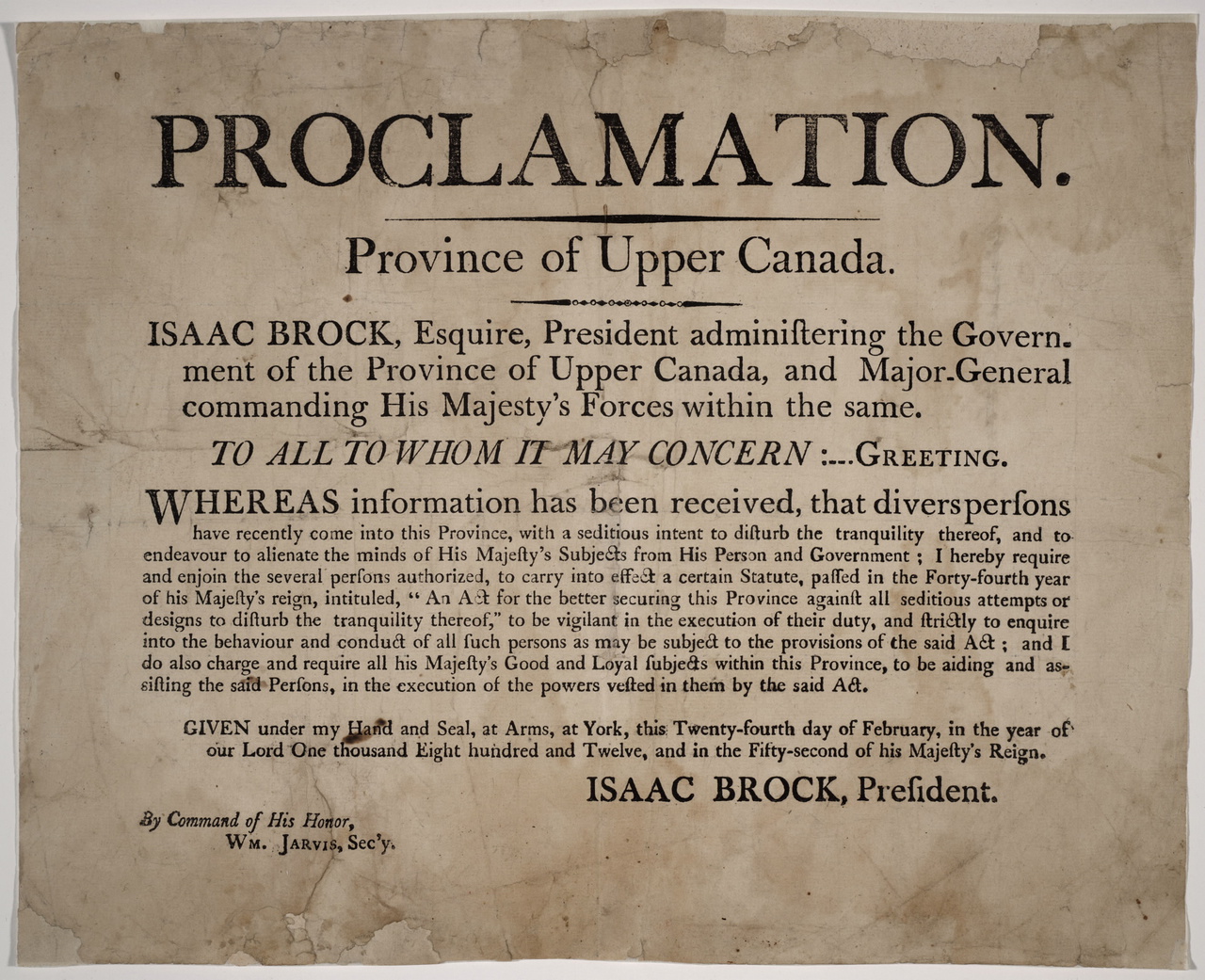 Sir Isaac Brock was both the chief civil administrator and the military commander of Upper Canada. In the wake of the United States’ declaration of war against Britain on June 18, 1812, Sir Isaac Brock issued this proclamation promoting loyalty to Britain and urging non-communication with the enemy. Hundreds of African-Canadian volunteers, including several men from York, fought on the British side. Canada's black population feared that an American victory would mean a return to slavery, and thus rallied behind the British promise of freedom. 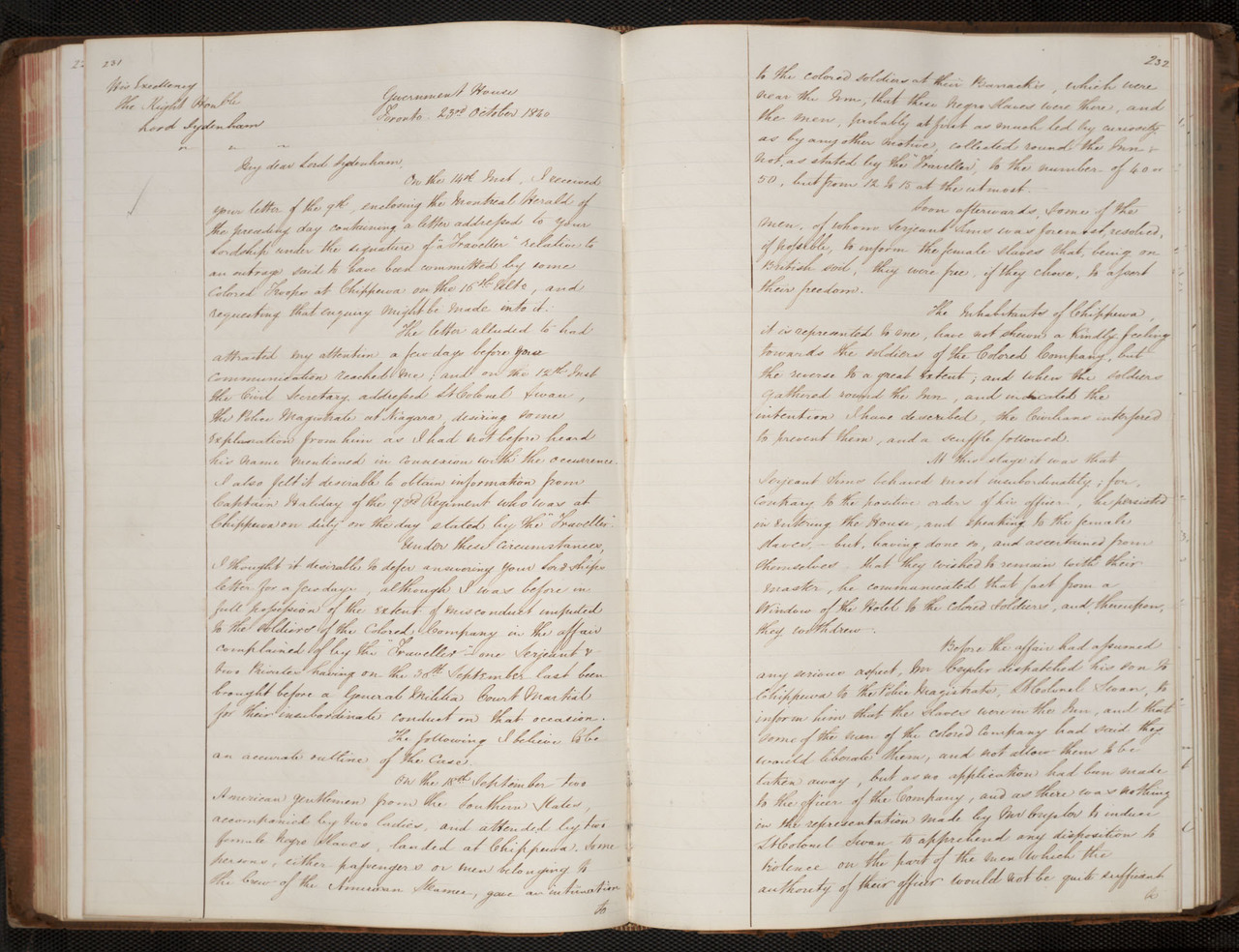 In this letter, Sir George Arthur recounts the attempt of the Coloured Corps, which included several Toronto Blacks who had enlisted to fight for the Crown in the 1837 Rebellion, to rescue two enslaved Blacks brought by their American owner to Chippewa, Upper Canada. On March 6, 1839, Lieutenant Governor Francis Bond Head wrote praising the loyalty of Black soldiers in helping to put down the Mackenzie Rebellion.

← Education and freedom
Uncovering the stories of freedom →
Defending freedom