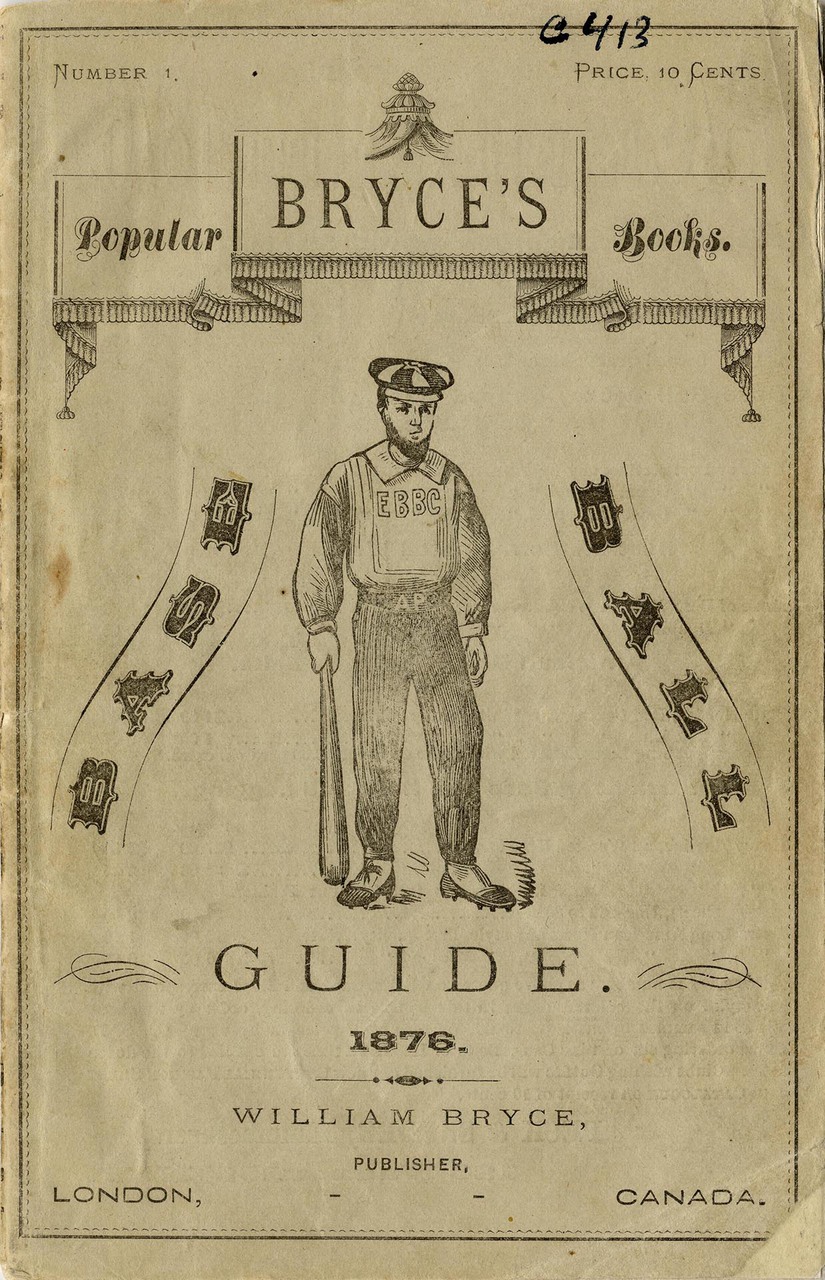 This book was published in 1876 to mark the formation of the first Canadian baseball league that included teams from Toronto, Hamilton, Guelph and London. The London Tecumsehs won the first league championship thanks to Fred Goldsmith, a pioneering curveball pitcher and five other imported American players.

There were two Bryce’s guides published (in 1876 and 1877) and these are considered to be the first significant publications on Canadian and American baseball. 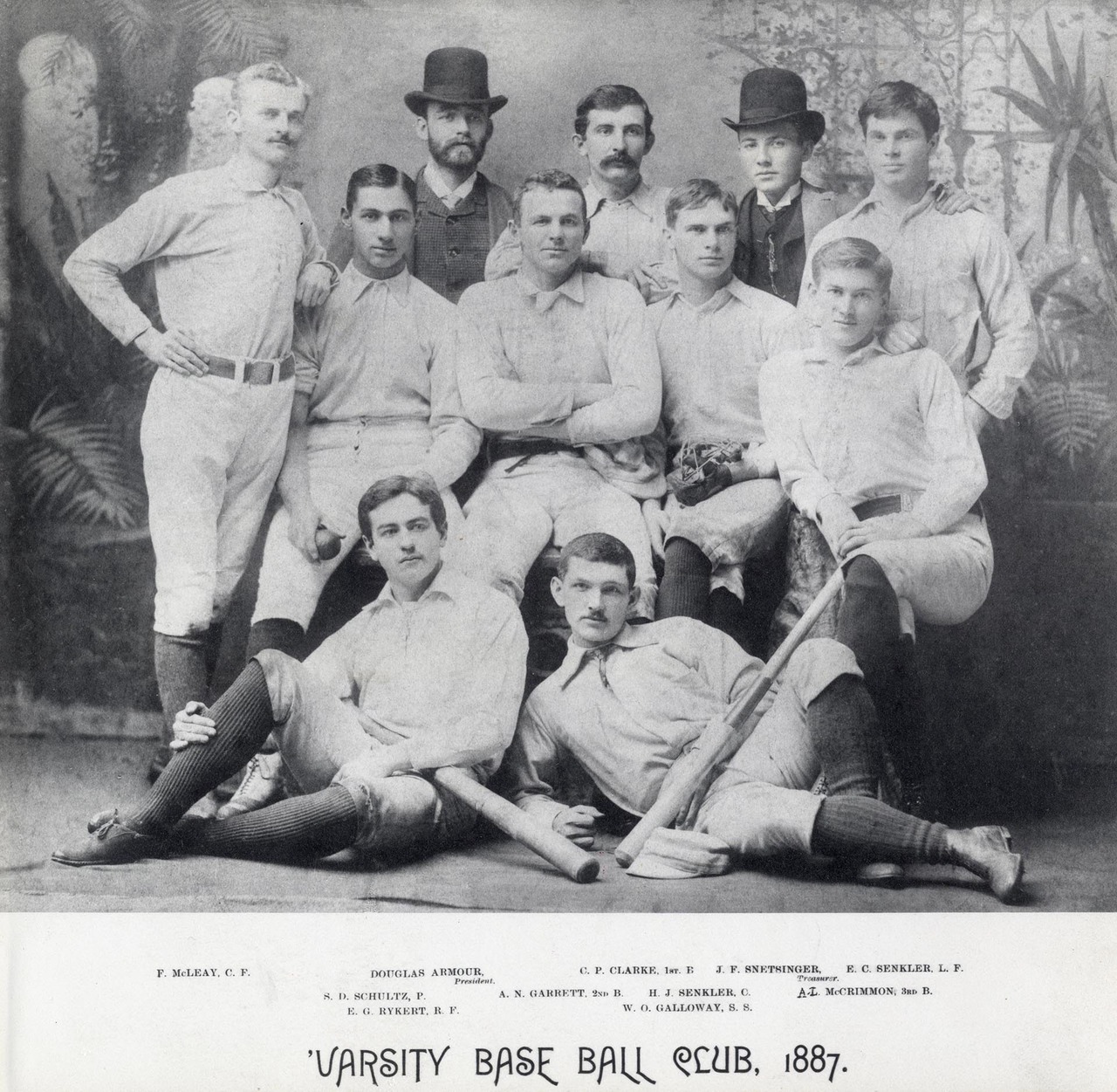 The Varsity Baseball Club was established at the University of Toronto in 1885. The team was successful, but an unfortunate lack of funding and leadership forced the team to disband in 1907. It was not until 88 years later that the team was re-established with the Varsity Blues entry into the Canadian Intercollegiate Baseball Association (CIBA) in 1995. 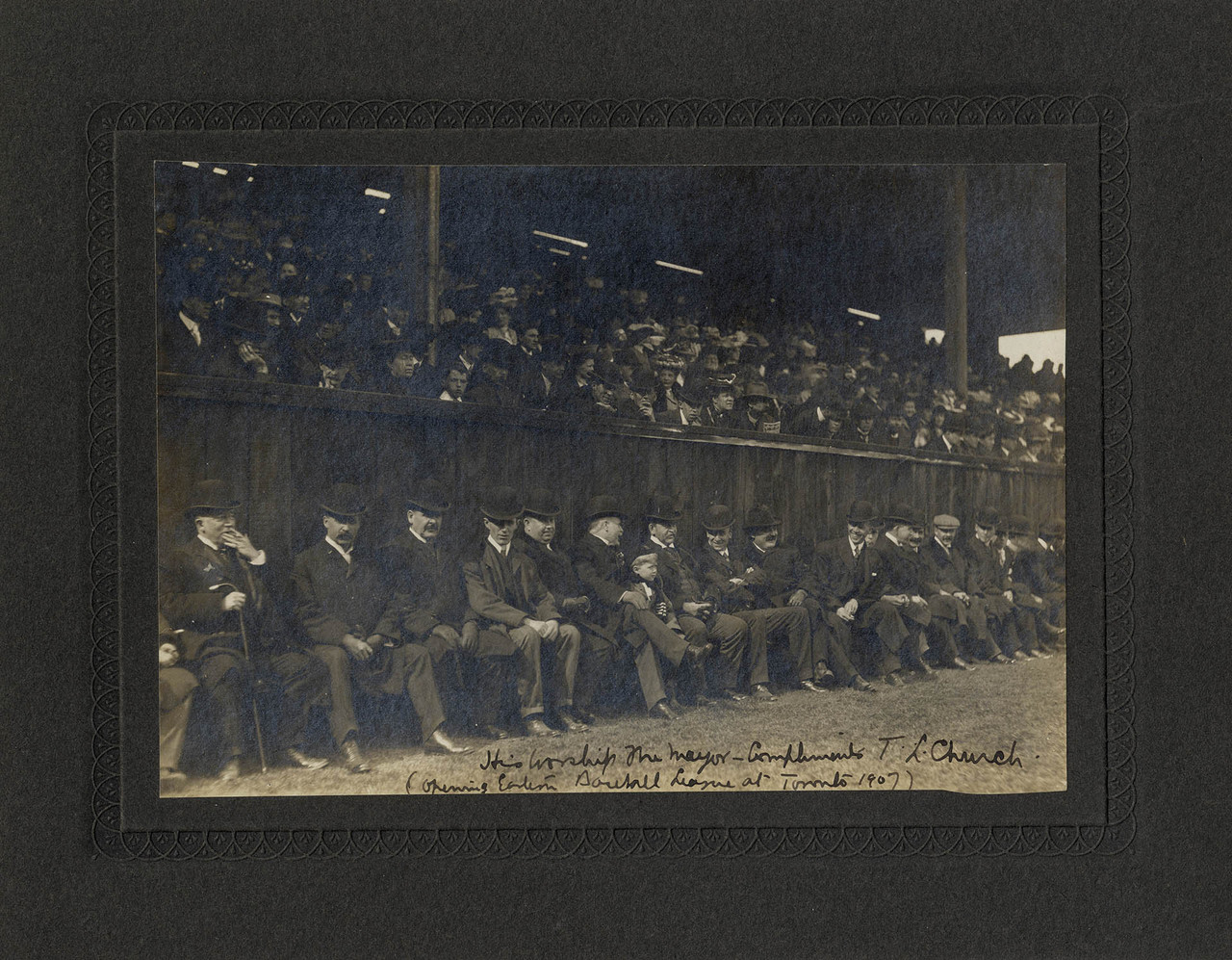 The Toronto Baseball Club was formed in 1897. The club played at Hanlan’s Point Stadium on the Toronto Island. In 1901, the Club changed its name to the Maple Leafs and briefly moved to Diamond Park at Liberty Street and Fraser Avenue, before being forced back to Hanlan’s Point in 1907 by industrial development.

It was in a game against the Maple Leafs on September 4, 1914 at Hanlan's Point Stadium  where George Herman “Babe” Ruth hit his first professional home run. 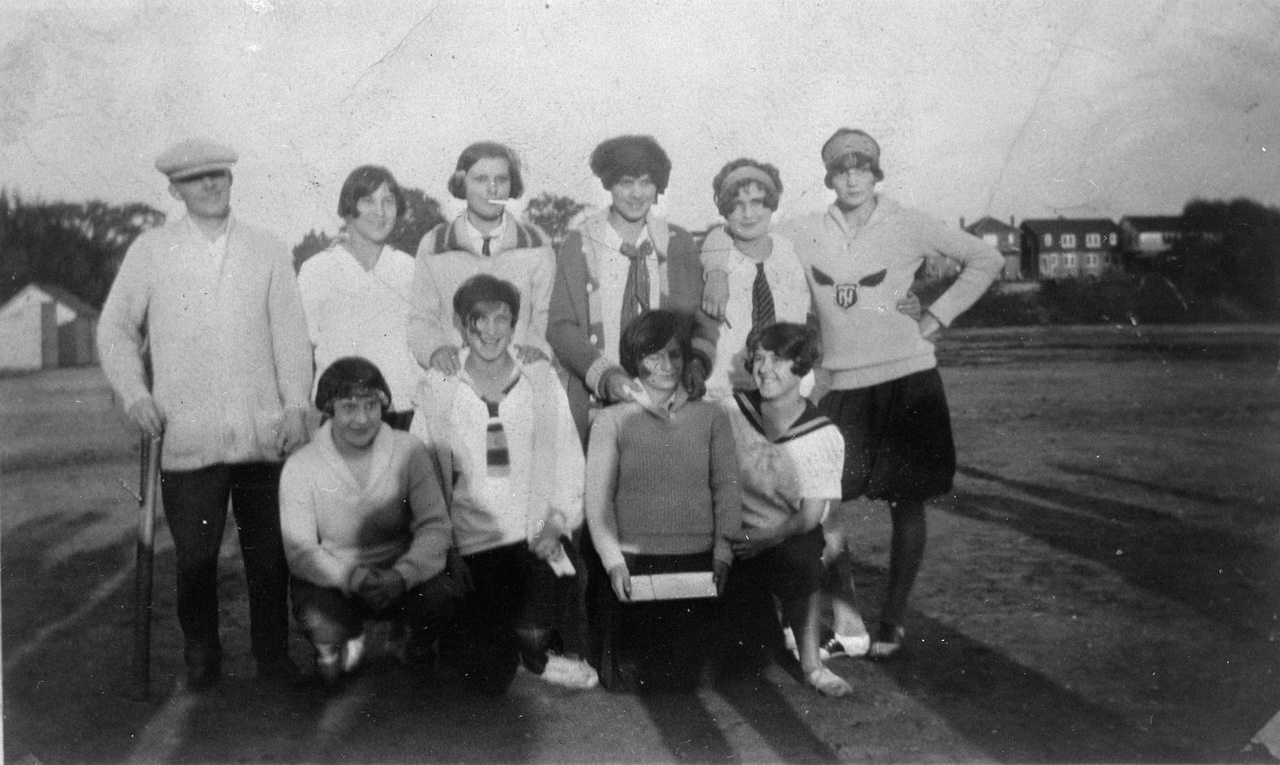 The 1920s brought more opportunities for women’s team sport in Toronto, including softball. By 1926 over 11 leagues and 1,000 players were affiliated under the Women’s Softball Association of Toronto. 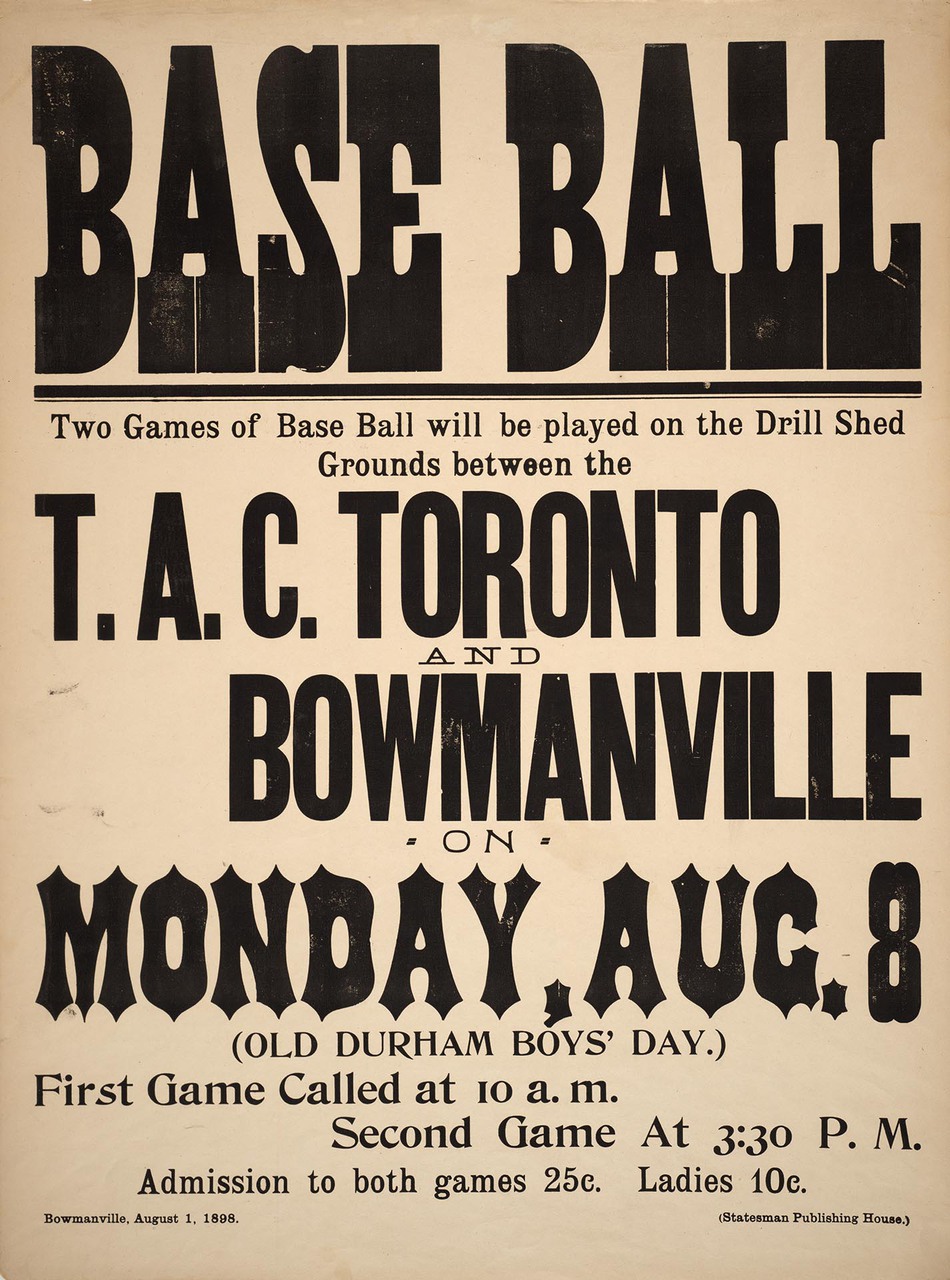 This broadside advertises a baseball game between teams from the Toronto Athletic Club and Bowmanville.

First established at the turn of the 19th century, the Toronto Athletic Club was expanded and incorporated in 1890. In 1894, the club moved to a brand new club house on College Street, designed by architect E. J. Lennox. The building featured lavish facilities including the city’s first indoor swimming pool, tennis courts, bowling greens, and cycling tracks. The club struggled financially and was bankrupt by 1900, but was later revived as the Toronto Amateur Athletic Club.

← Lacrosse
Cricket →
On the field
Baseball