Other field and lawn sports 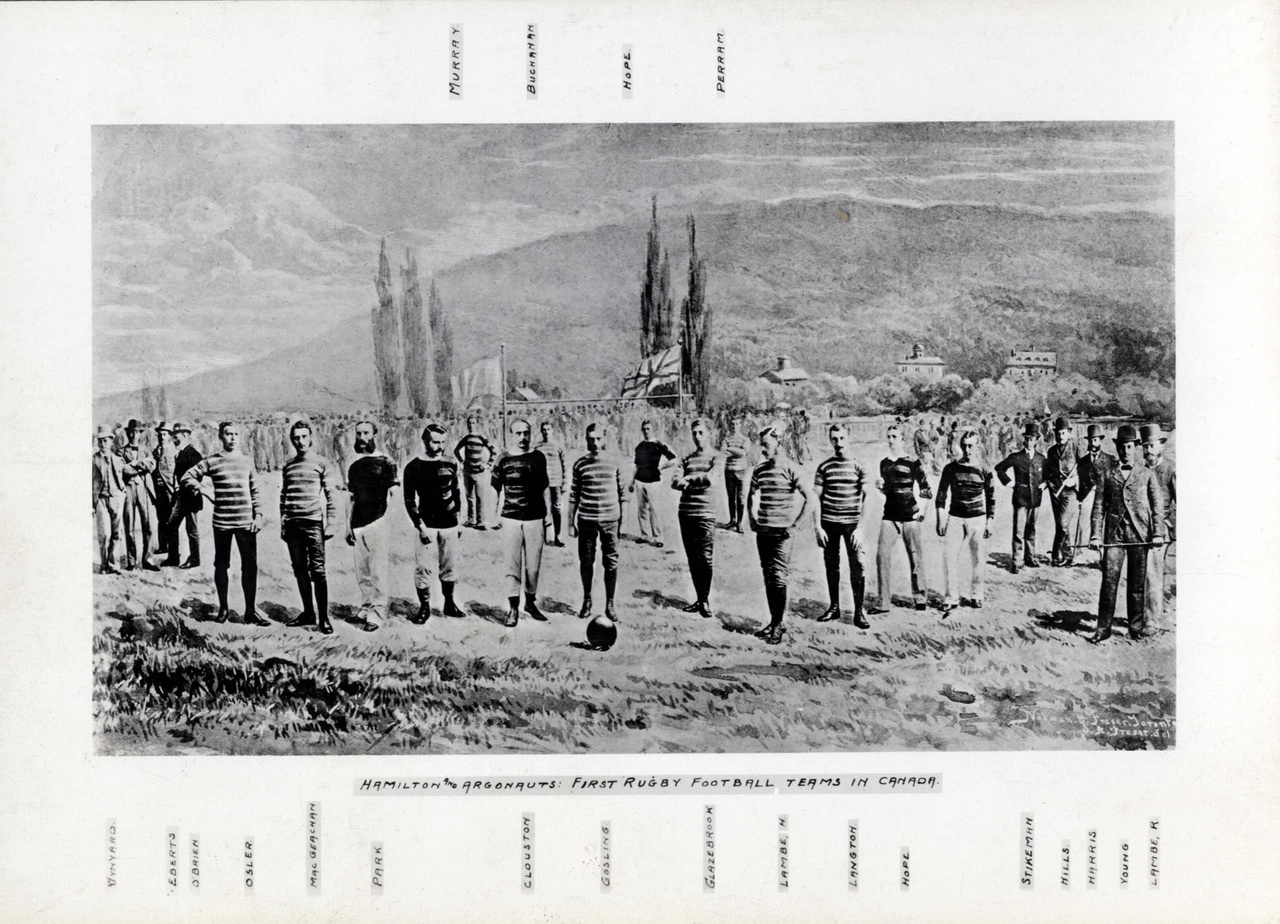 British rugby found its way to Canada in the early 19th century. By the 1880s, a new Canadian version of the sport was played by teams in Montreal and Toronto. The game now known as Canadian football continued to develop in the following decades, increasingly influenced by the rules of American football.

The Ontario team pictured here is composed of the Argonaut Club of Toronto and the Leander Club of Hamilton. The Toronto Argonauts team was founded in 1873 and remains the oldest existing professional sports team in North American still using its original name. 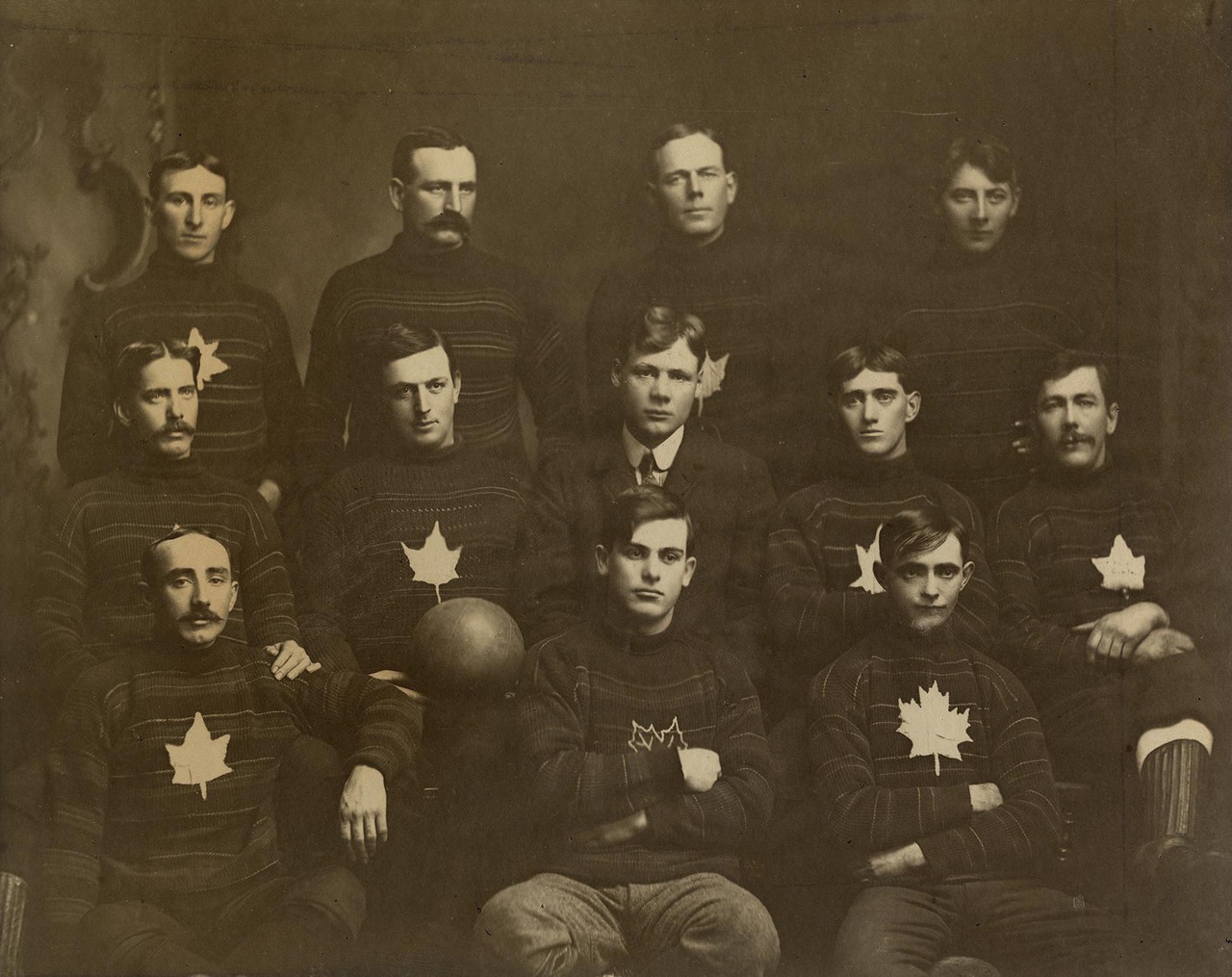 The Maple Leaf Football Team played in the Village of Ellesmere which was part of the Township of Scarborough. The team won the Ontario Championships in 1890. 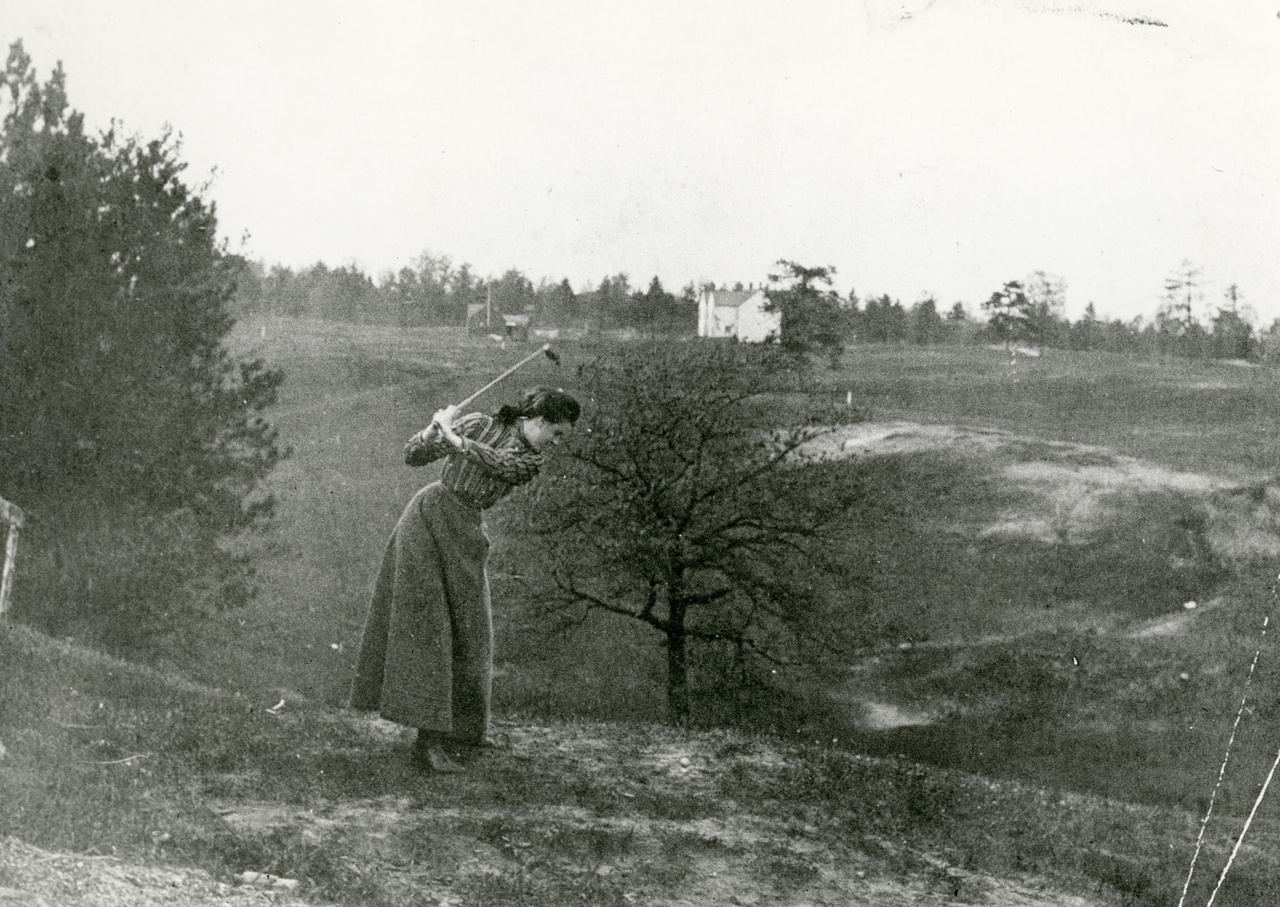 Golf was first brought to Canada by early Scottish immigrants. The Toronto Golf Club was established in 1876. While women were involved in club social events, few took up the sport themselves until the 1890s.

In the early 20th century, it often proved difficult for female golfers to access tee times and practice facilities. It wasn’t until 1924 that the Toronto Ladies’ Golf Club Ltd., a club dedicated exclusively to female membership, was established in Thornhill.

First played by British garrison officers, lawn bowling grew to be quite popular in 19th century Toronto. While formal tournaments and clubs were established, it also flourished as a more casual, social activity. 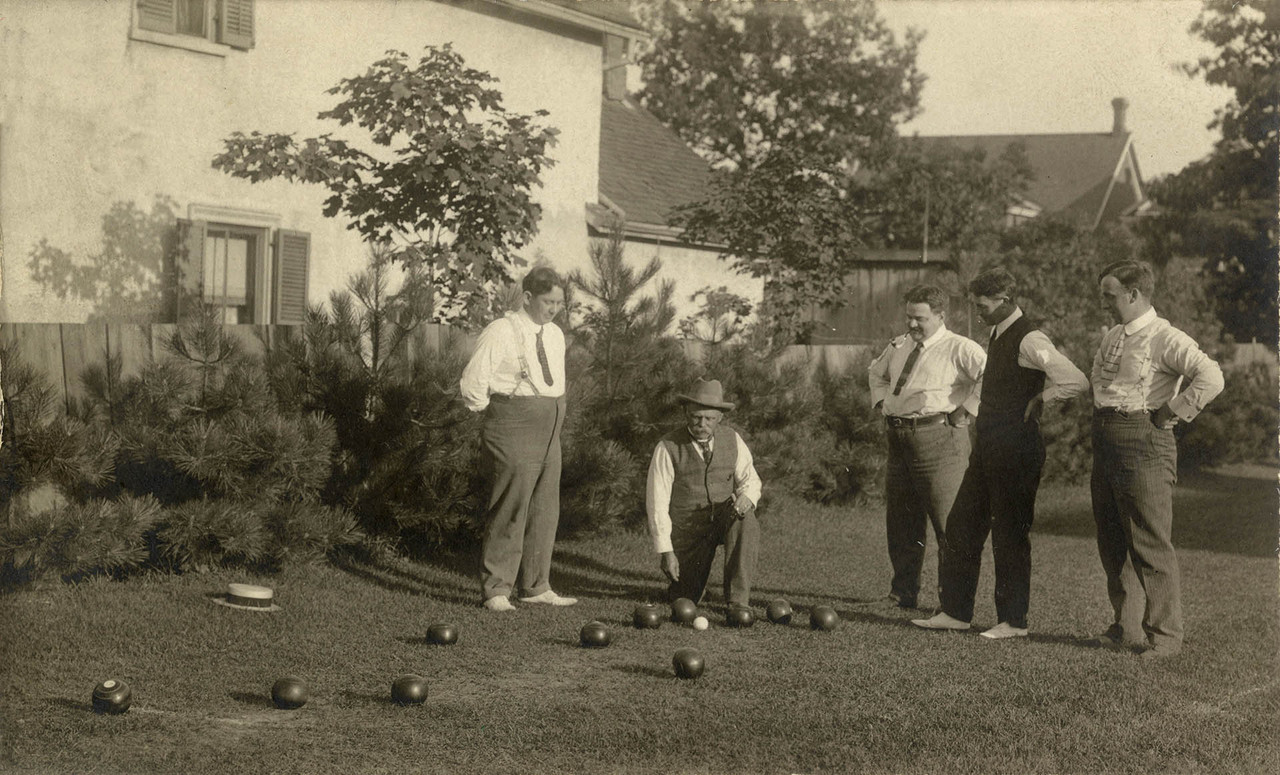 The first bowling green in Canada was constructed in 1734 on the garrison grounds at Annapolis Royal, Nova Scotia. By 1888, a tournament was staged in Toronto, involving 7 clubs. The game's popularity in Canada grew during the latter part of the 19th century. 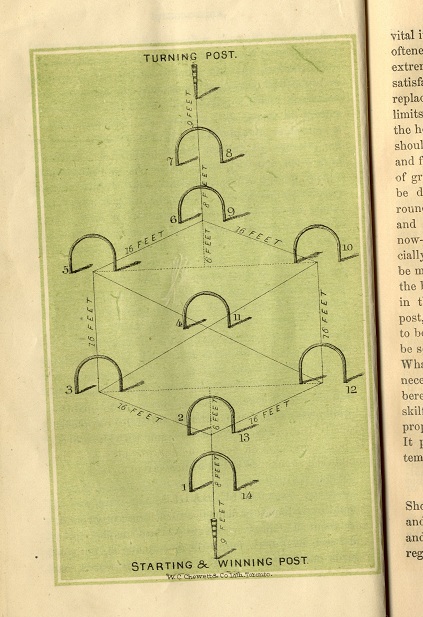 In the preface to this illustrated 1866 rulebook, Patteson writes that the “kind assent of all the gentleman of Toronto having Croquet Lawns of their own […] has encouraged me in this humble effort to facilitate the play of deservedly the most popular outdoor game ever introduced in this Province.”

You can download or read the whole bookonline in our Digital Archive. 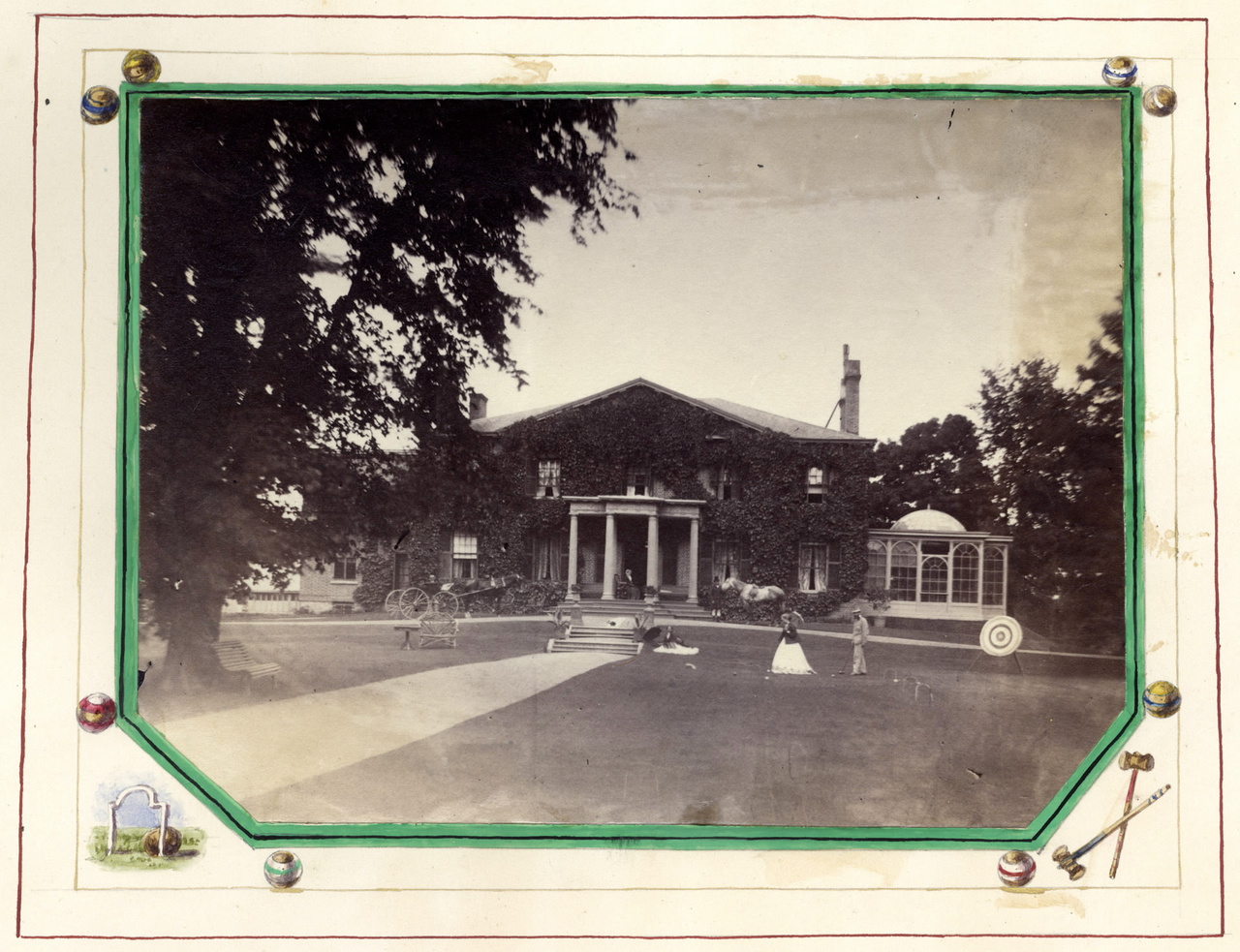 Croquet and archery, played in the foreground here, were both quite popular pastimes in Toronto during the Victorian era. This Georgian manor, known as “The Grange,” was built in 1817 and is now part of the Art Gallery of Ontario.