In the great outdoors 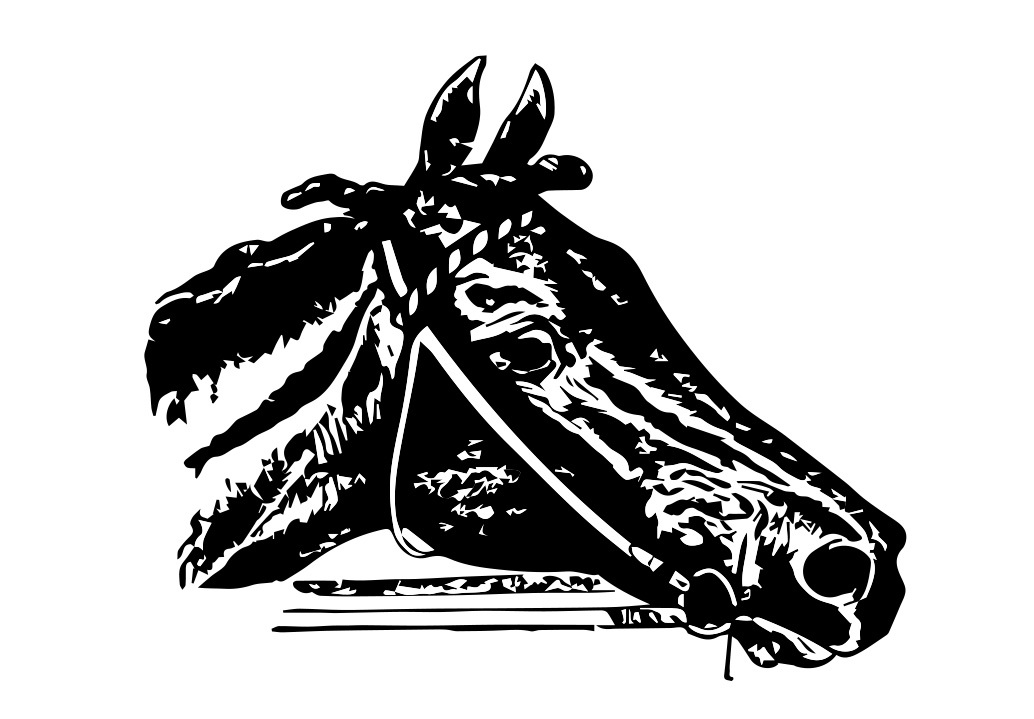 Aboriginal peoples travelled, fished, and hunted on these lands long before the arrival of Europeans. By the 19th century, many of the activities once necessary for survival were enjoyed by Toronto’s wealthy elite for fun and competition.

Early recreational hunting, fishing and riding events adapted British traditions to the Canadian environment. In Great Britain, hunting for sport was the exclusive domain of the aristocracy. As formal sportsman clubs were established in Toronto, they became some of the most prestigious of the sport clubs of the time.

Equestrian sports and horse racing were practiced in pre-Confederation Canada as early as the 1800s. The first horse races were informal and held on a sandy course on the Toronto Island. By 1875, a large and dedicated track was established at Woodbine Park, drawing huge crowds of spectators. 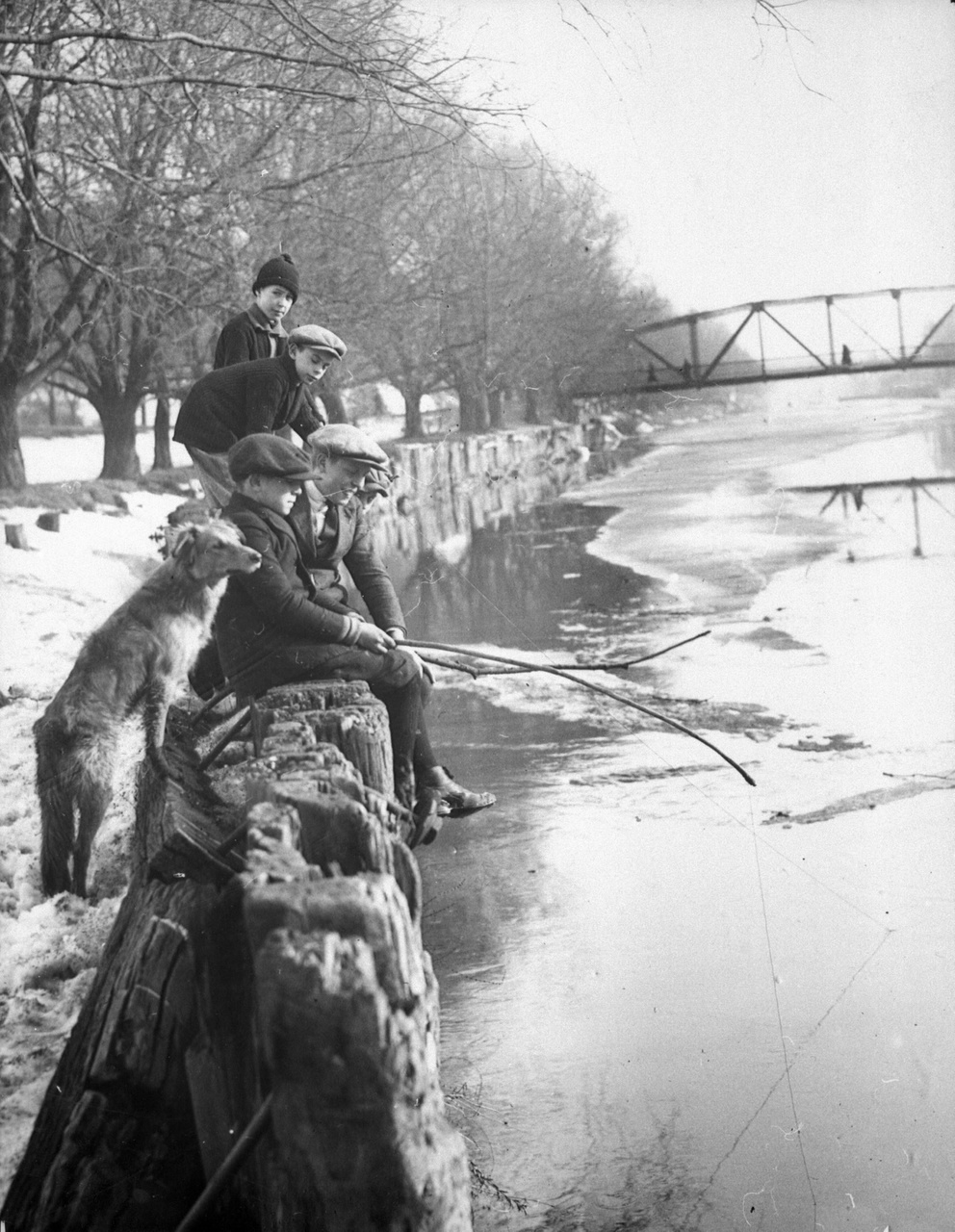 The inscription on the verso of this delightful photograph reads: “The Tom Sawyers & Huck Finns got out their floats & lines on Saturday they even brought the dog along.” 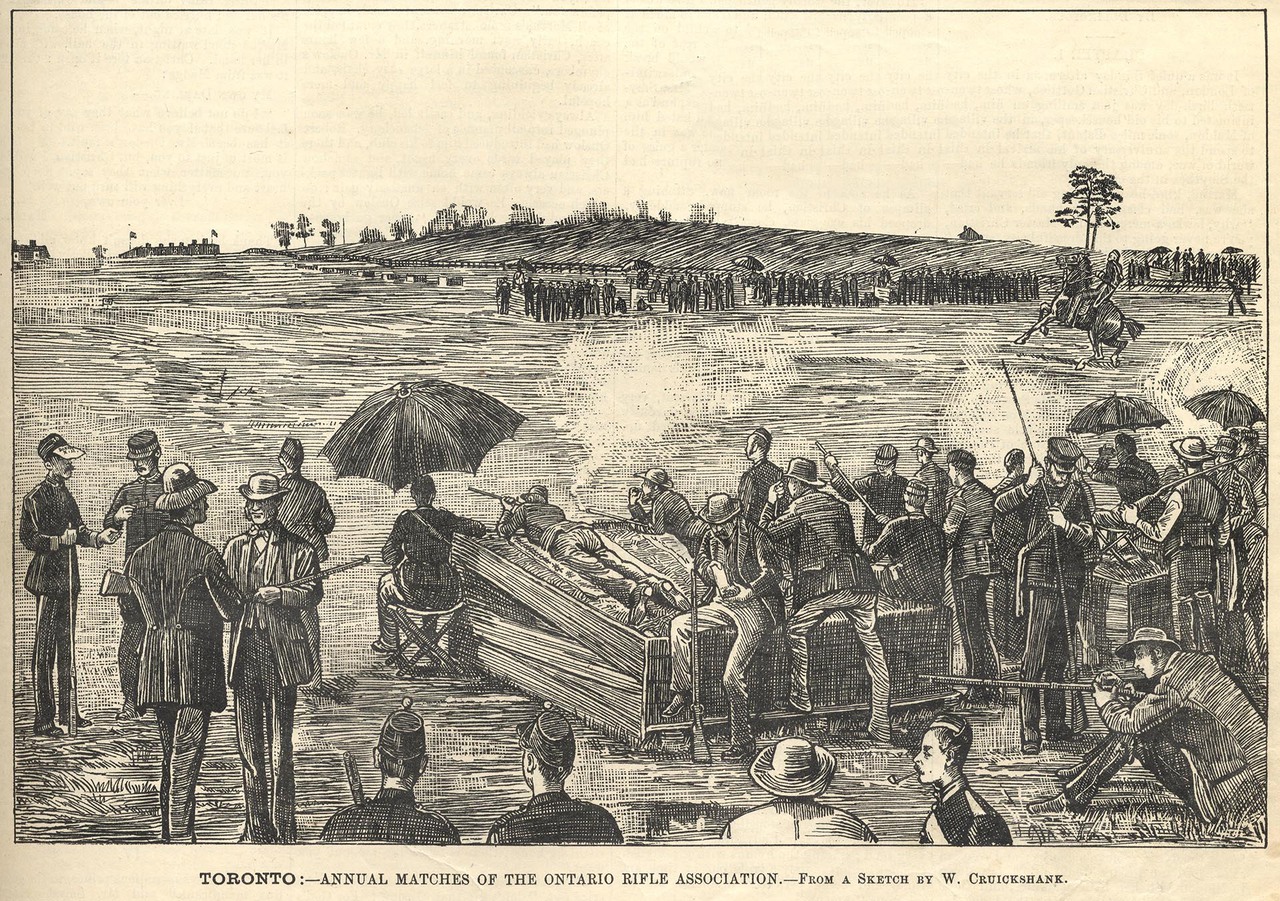 The Ontario Rifle Association was formed on April 30, 1868, as a positive defense measure that had originated in Great Britain less than a decade earlier and moved quickly through the Dominions. The first match in 1869 attracted more than 500 competitors. The entry fee was 25 cents for the entry fee for most matches and prizes included a rifle and ammunition and a Berkshire pig. 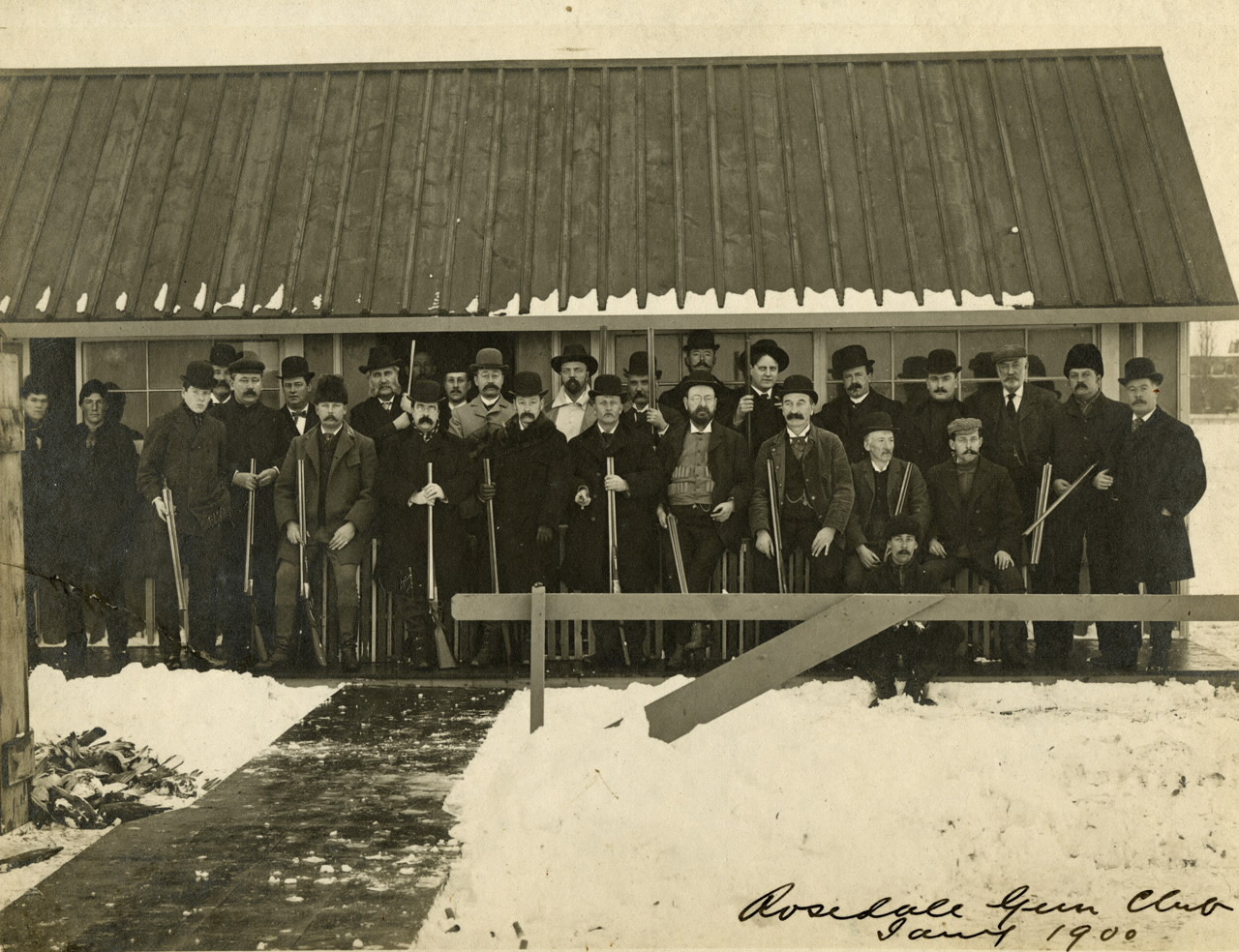 The Toronto Hunt Club records its founding date as 1843. Hunt meets organized by the club were announced in newspapers beginning in 1879. They took place throughout the city’s outskirts and village boundaries in farmlands and woodlots.

Composite photography was new to Canada when this picture was made. J. Timperlake said of it, In Illustrated Toronto Past and Present (1877): “This is a piece of workmanship in the photographic art never before attempted in the Dominion, and when finish will be worthy of a visit by the public of Toronto.” 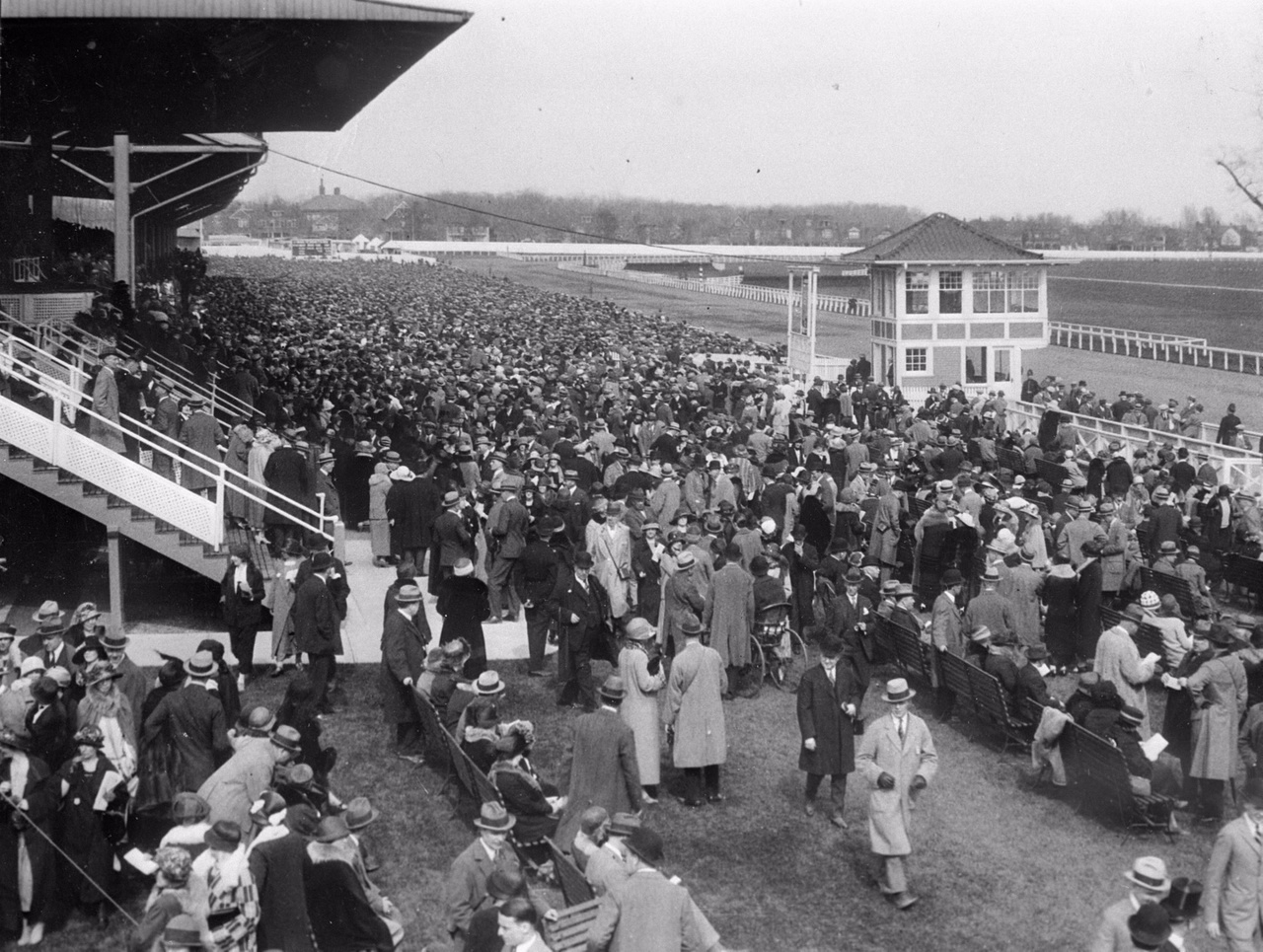 In 1875, the Woodbine Riding and Driving Park first opened to the public featuring a trotting and running track on Ashbridge’s Bay. The track was host to the Queen’s Plate the following year, in 1876. By the early 20th century, it would draw large crowds of fashionably-dressed spectators.

The track was renamed the Greenwood Raceway in 1963 to avoid confusion with newly built Woodbine Racetrack in Rexdale. It was demolished in 1994.

An estimated 25,000 people came to witness the classic King's Plate horse race on this day in 1924. The Queen’s/King’s Plate has been a tradition in Toronto since 1860, when it was inaugurated with the blessing of Queen Victoria. 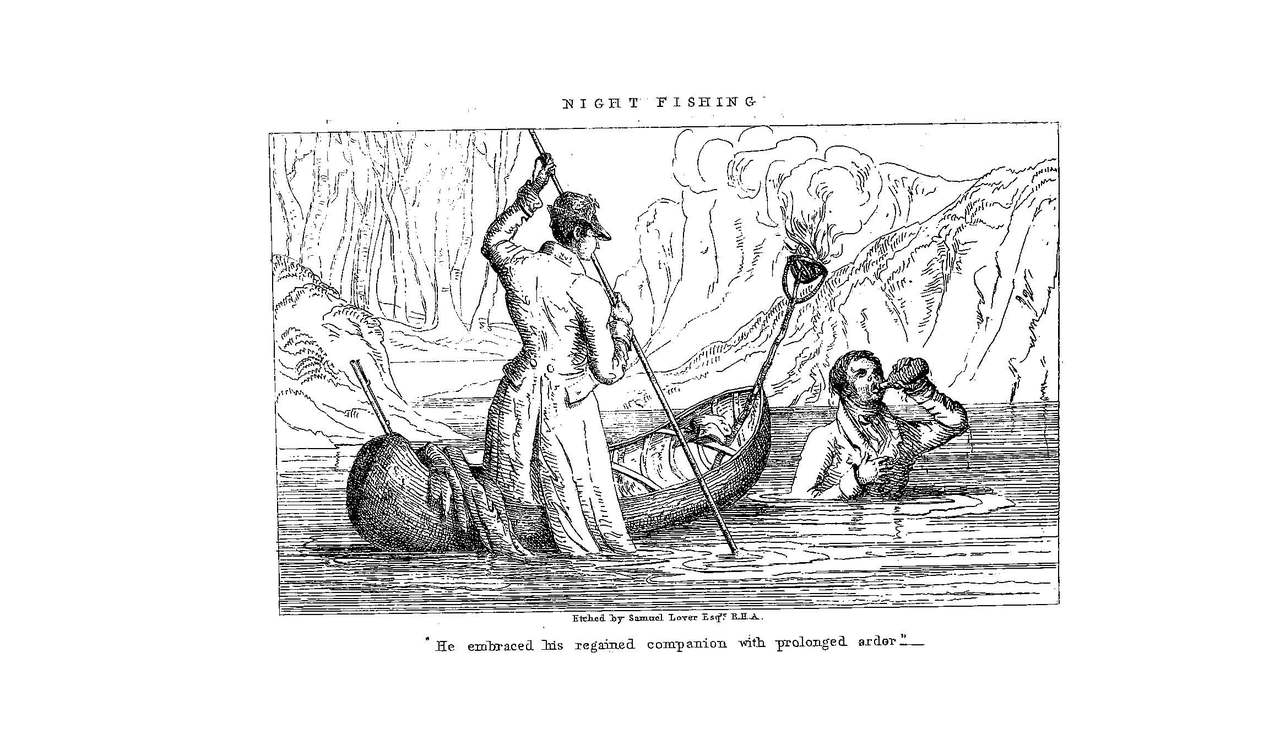 Irish sportsman Thomas William Magrath describes the method of “night-fishing” learned from First Nations people in a letter to his brother, Rev. Thomas Radcliff in April 1932. The method involves striking at fish using a long spear made of white ash, while the water is illuminated by a fire or light wood secured to a light jack.

You can read Letter XIX read the whole book online or download it in PDF format on our Digital Archive. 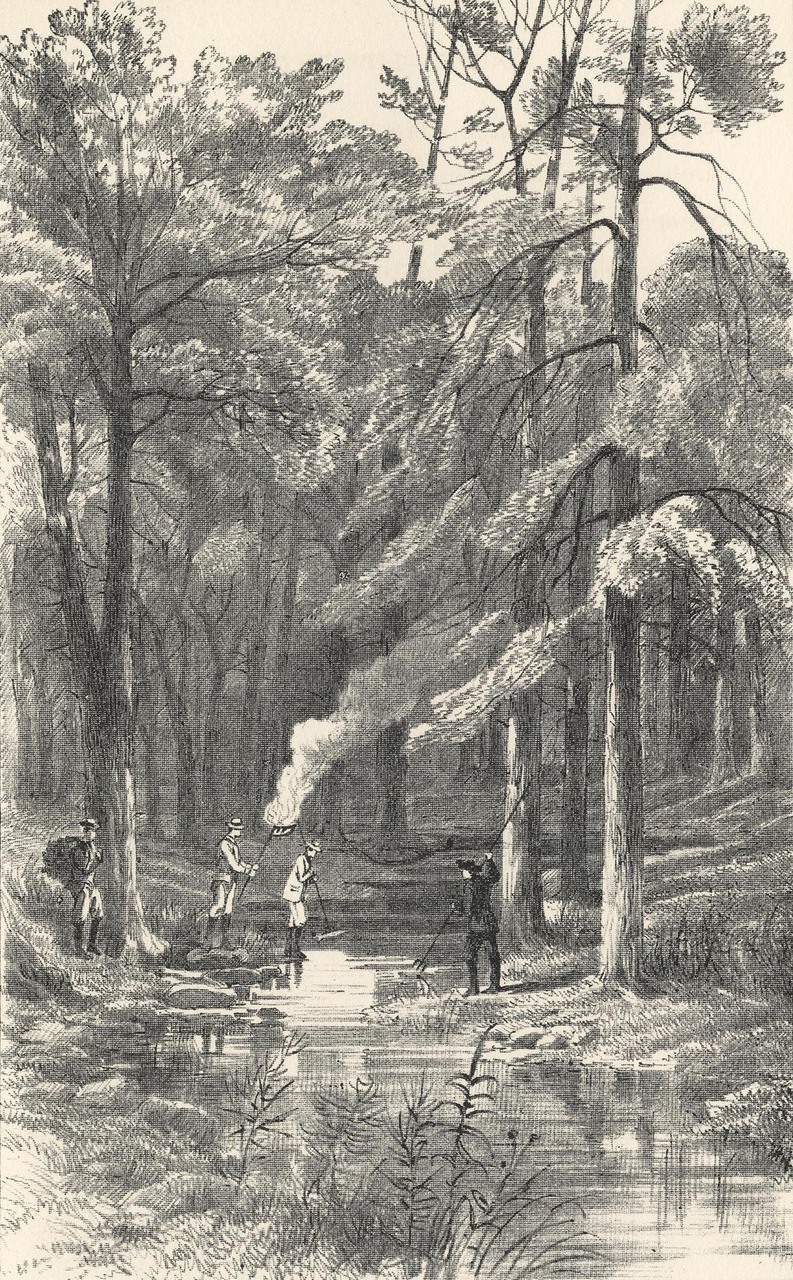 Night Fishing in the Creek
From Country life in Canada Fifty Years Ago : Personal Recollections and Reminiscences of a Sexagenarian
Canniff Haight (1825-1901)
Toronto: Hunter, Rose & Co.
1885

In his account of pioneer life in the 1830s, Cannif Haight describes night-fishing as a sport taken up in spring when the “creeks were swollen, and the nights were calm and warm.” He writes that it required a “sharp eye and sure aim” to be successful.

You can read Country Life in Canada Fifty Years Ago, printed in 1885, online or download a copy from our Digital Archive. 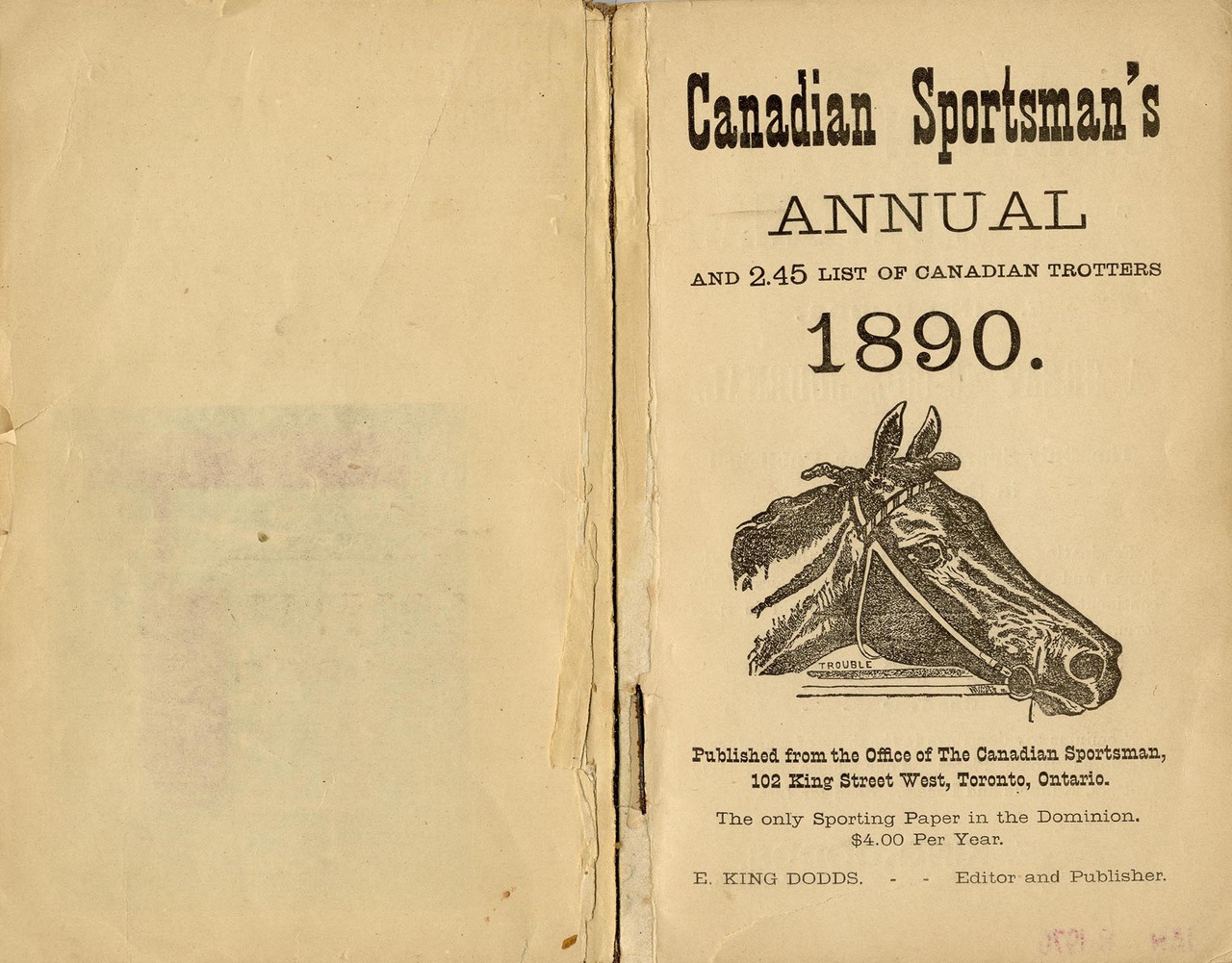 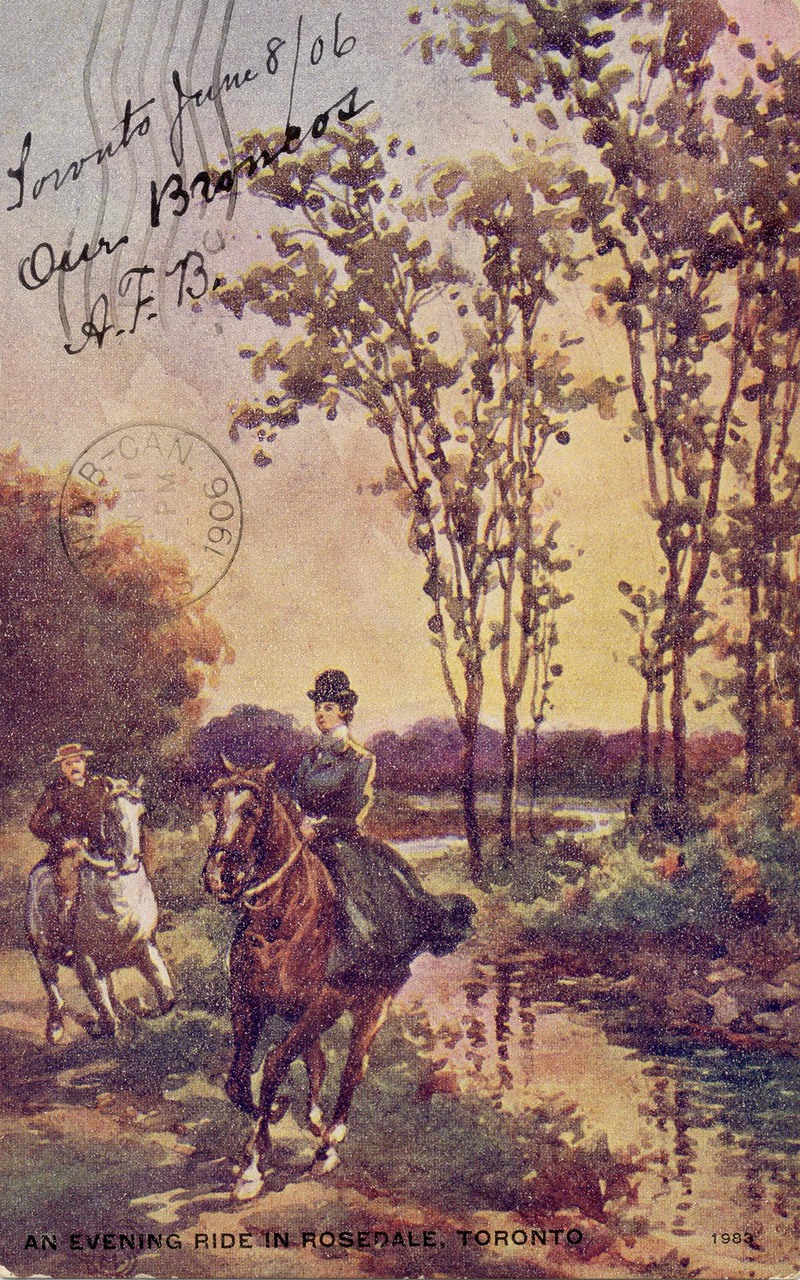 An Evening Ride in Rosedale, Toronto

A Young Enthusiast on the Humber, Toronto

← On the water
On snow and ice →
In the great outdoors