No sports on Sundays

You might be surprised to learn that is was prohibited to enjoy games and sport on Sundays through much of the 19th century and early 20th century.  Based on British practice, the Lord’s Day Act of 1845 in Canada West (Ontario) prohibited work, trade and leisure on Sunday, the holy day of rest. After Confederation, it became the law in Ontario.

The Lord’s Day Alliance of Canada was established in 1888 by the Presbyterian Church with the support of other Protestant churches. The group lobbied against any relaxation of the Lord’s Day observance.

The group was successful in persuading Prime Minister Sir Wilfrid Laurier to introduce a Lord’s Day Act, which passed in 1907. The act prohibited sport, entertainment and most commerce on Sundays. The restrictions of the act were relaxed in the 1960s and the Lord’s Day Act was repealed in 1985. 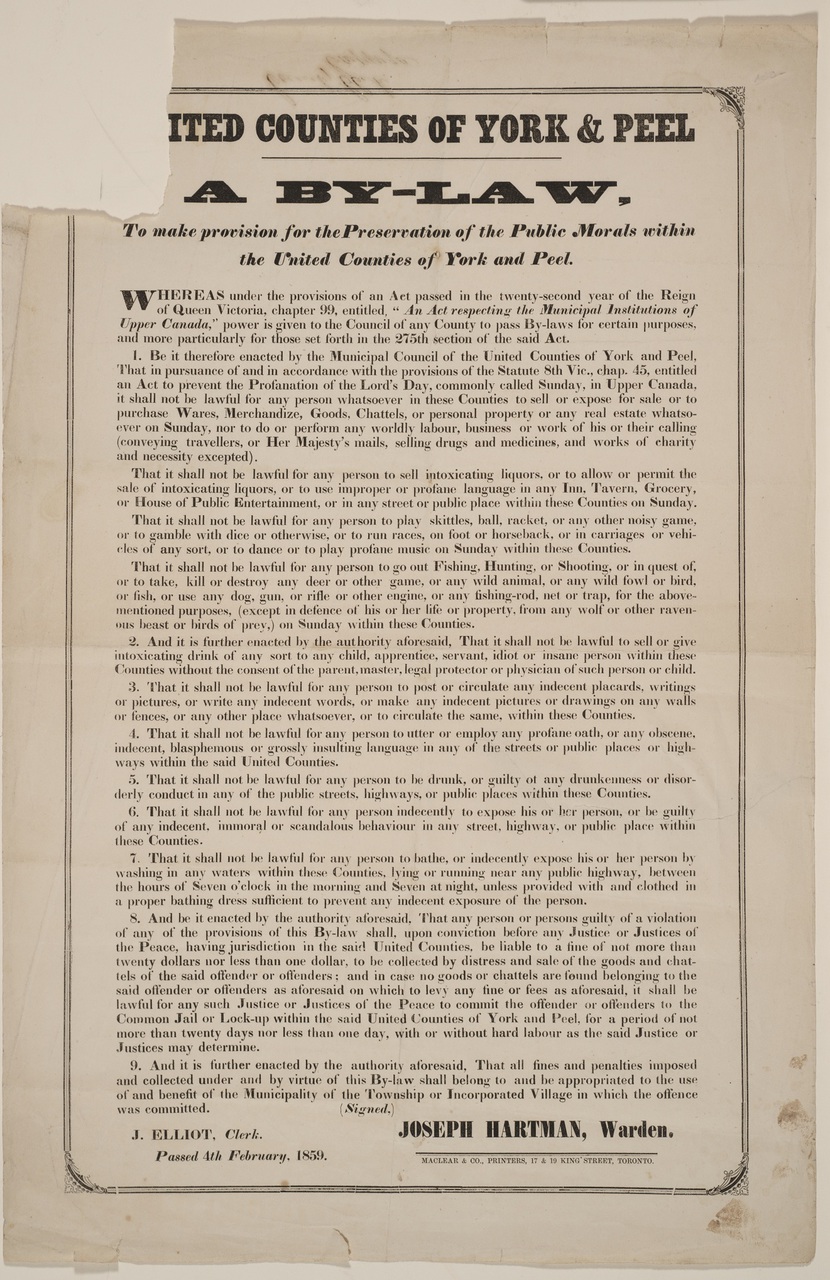 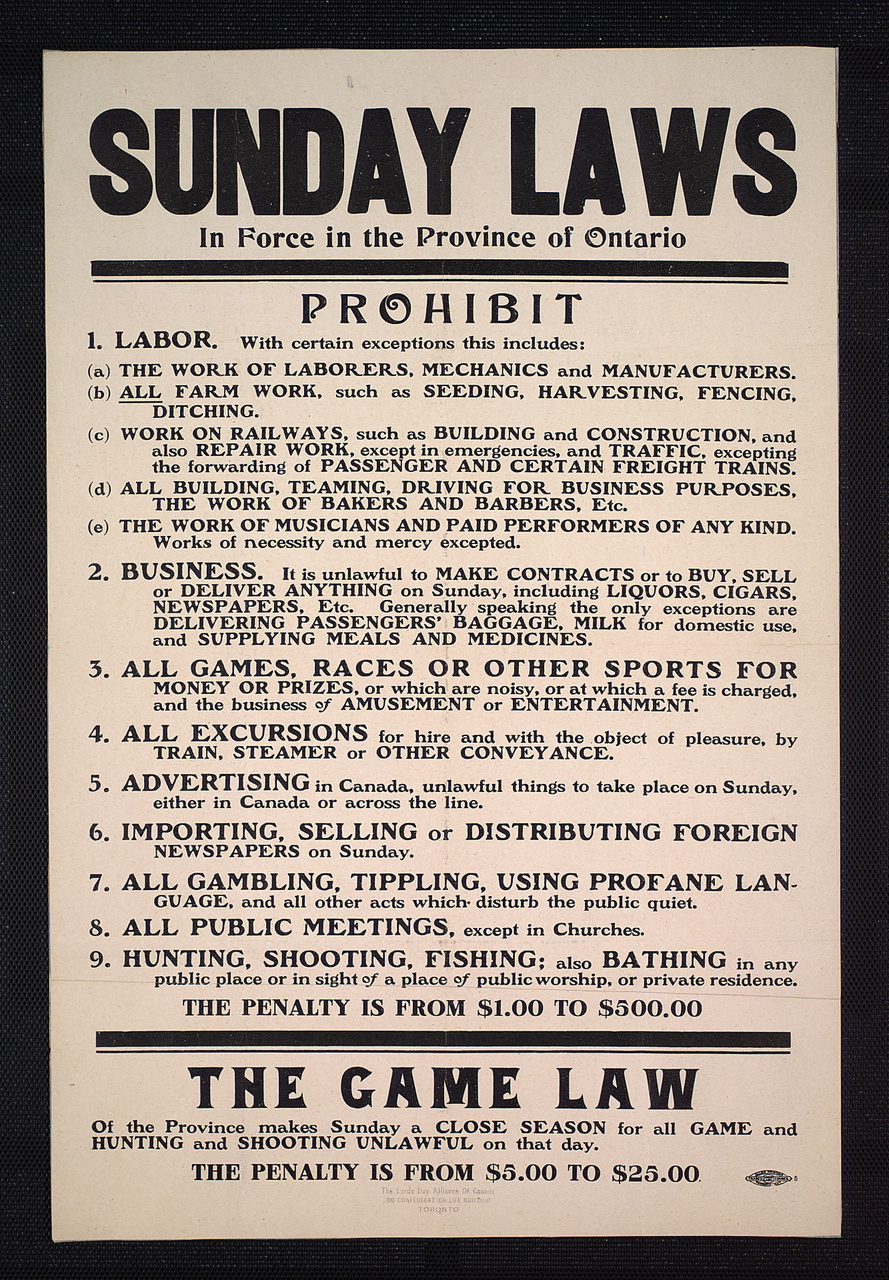 ← On snow and ice
Members only →
No sports on Sundays