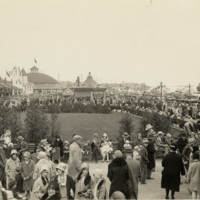 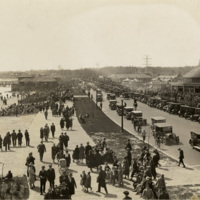 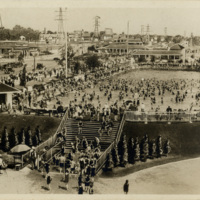 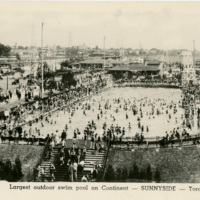 Sunnyside is a recreational district situated along the Humber Bay, west of the Canadian National Exhibition grounds, one of several parks that adorn Toronto’s waterfront.

Sunnyside Amusement Park was built on reclaimed lands in the 1920s, and was dismantled in 1955 to make way for the Gardiner Expressway.

These images show the park, including the once popular pool and amusement rides in its heyday as well as an earlier view of the beach.