A spirit of competition

In the 19th century, increased settlement and urbanization brought new opportunities for competition in Toronto, along with the introduction of sporting venues and growing numbers of eager spectators.

The advent of the railway and the steamboat enabled teams and spectators to travel more readily, which led to intercity and international competitions. Canada's first unified Olympic team competed in 1908.

Organizations in Toronto also hosted many amateur competitive games for athletes of all ages. Track and field, or "athletic games" as they were called at the time, were common at social picnics, special events, and holidays. 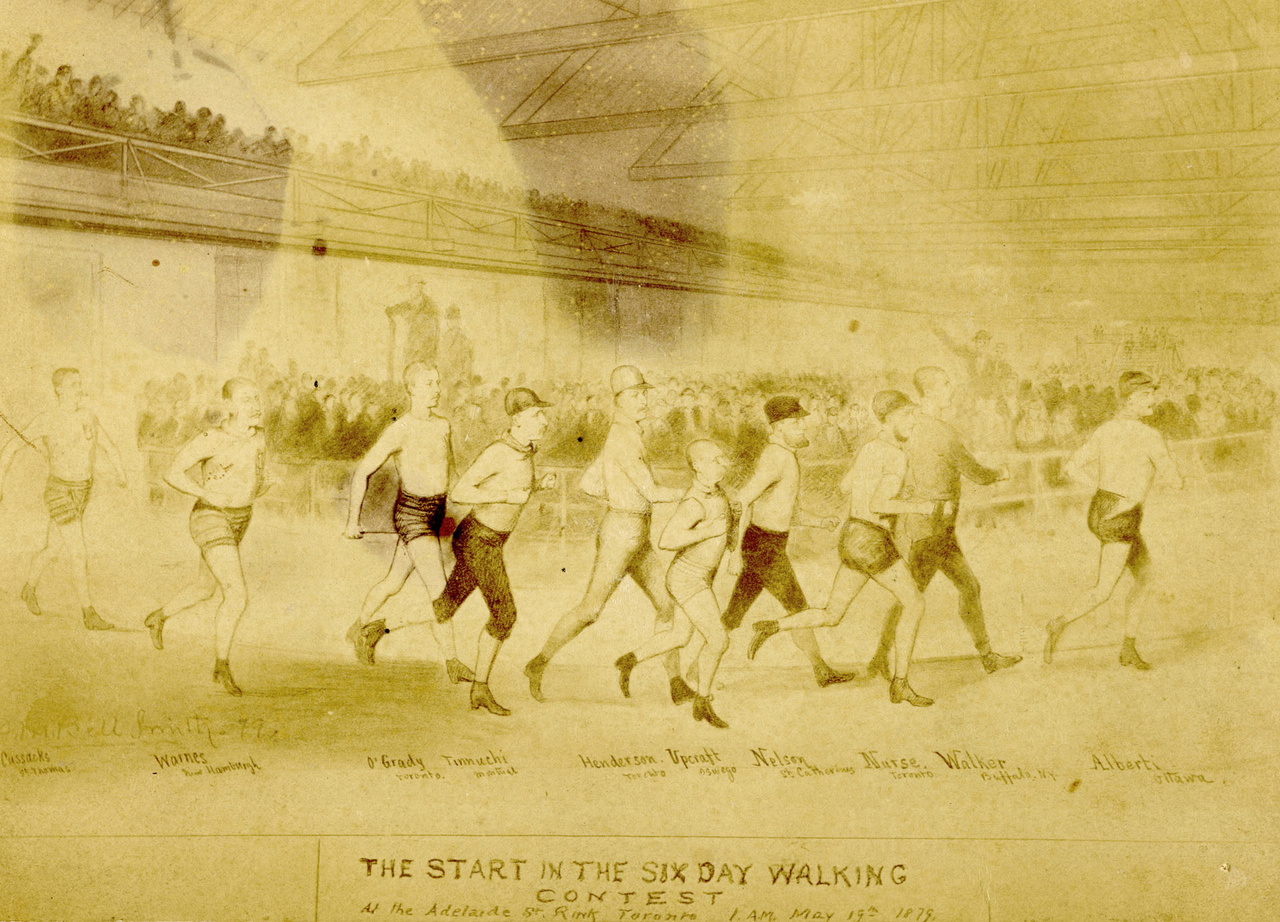 The Six Day Walking Contest became a standard distance for competition in the 1870s and was a popular form of entertainment for thousands of spectators. The race pictured here was held at the Toronto Curling And Skating Rink, near present day Adelaide St. W. and Widmer St. 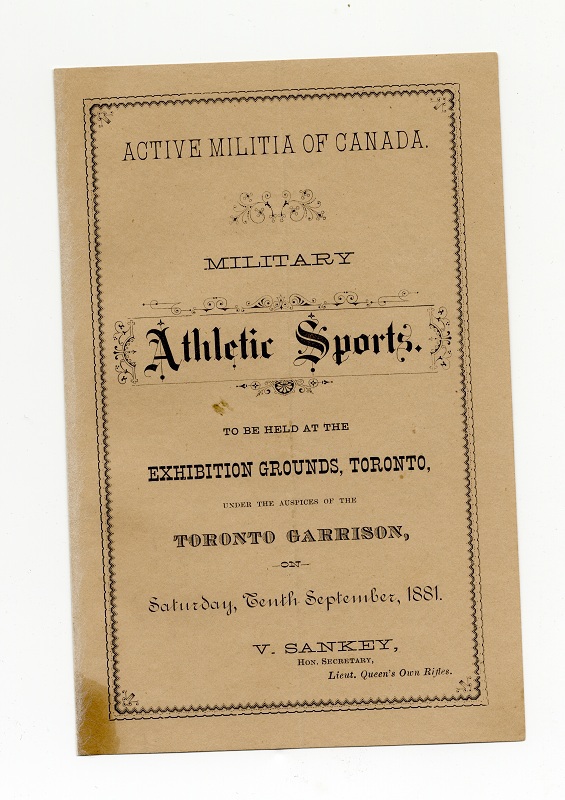 Along with academic institutions, the military was responsible for organizing many of these early sporting competitions. At this event, active militia competed for prizes for winning a variety of events, including the amusing sounding “Donkey Race (In Costume).” 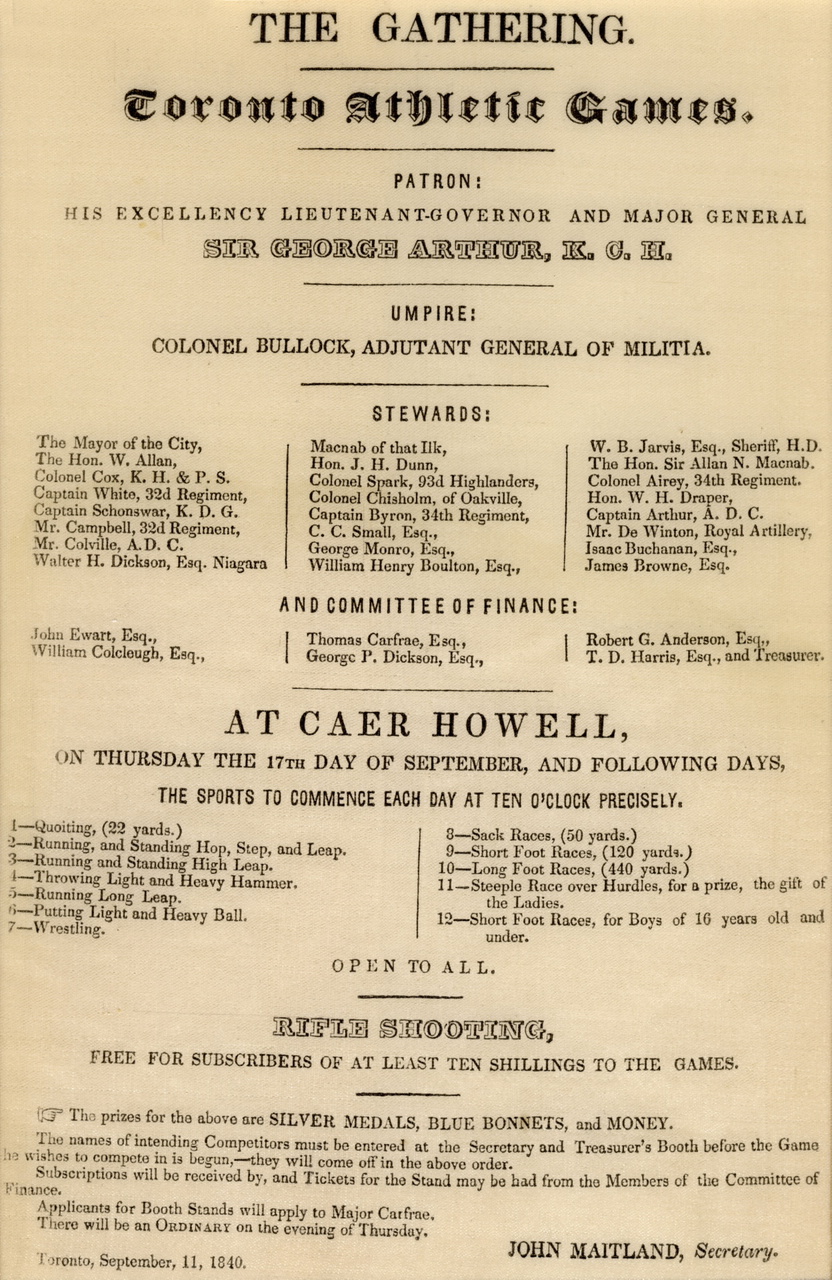 Caer Howell, the site of the Toronto Athletic Games in 1840, was a large country home designed by William Dummer Powell. In the late 1830s it became an elaborate club, with bowling greens and racket courts. Demolished in 1915, it is now the site of Mount Sinai Hospital. 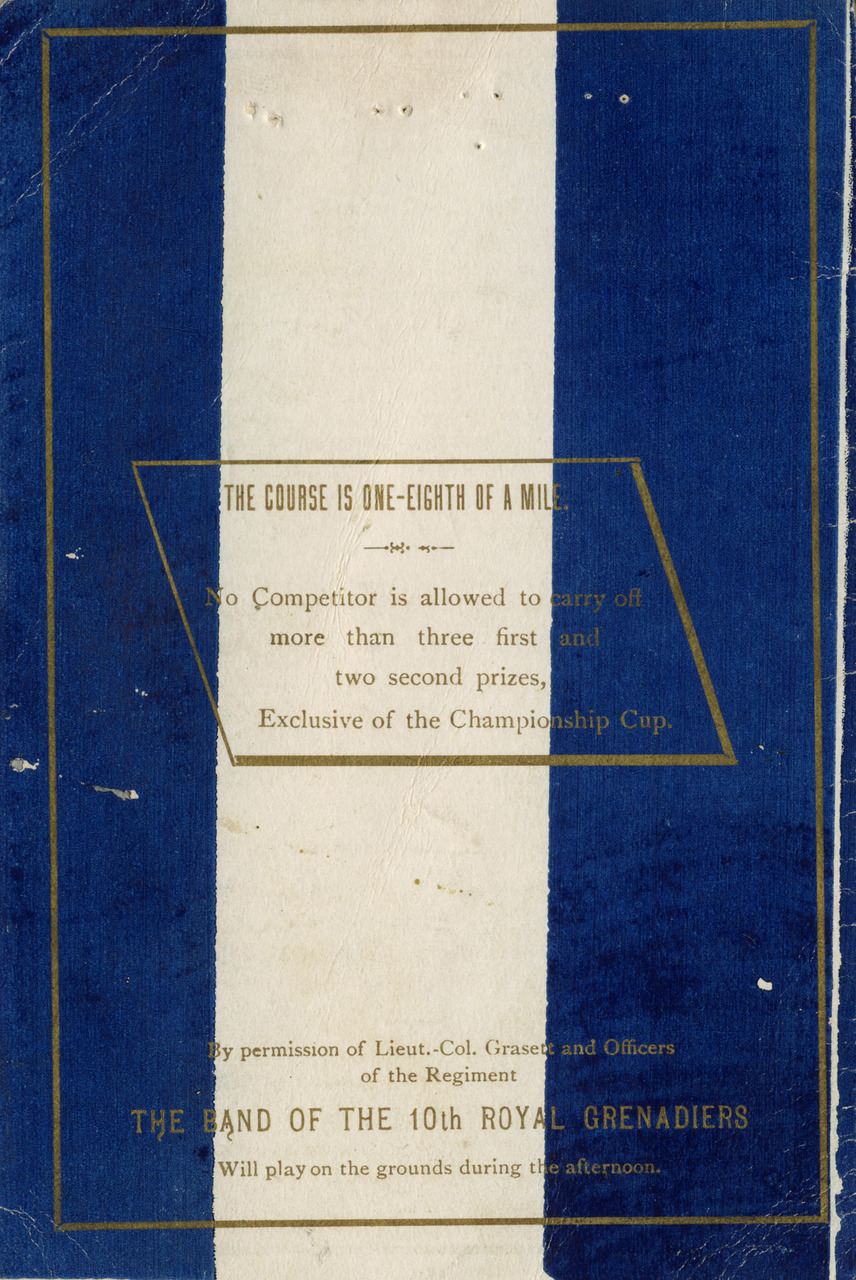 The back of this programme for Upper Canada College’s track and field competition decries that “No Competitor is allowed to carry off more than three first and two second prizes, Exclusive of the Championship Cup.” The school was founded in 1829.

You can read or download this item on our Digital Archive. 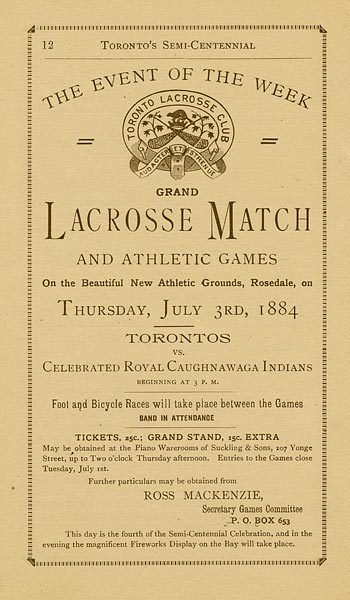 A variety of sporting competitions were held in 1884 to celebrate the 50th anniversary of Toronto being incorporated as a city in 1834. 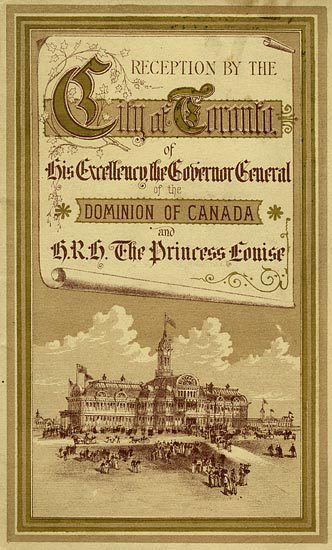 Reception by the City of Toronto of his Excellency the Governor General of the Dominion of Canada and H.R.H. the Princess Louise
Toronto: Rolph, Smith & Co., 1879
Programme

Lacrosse was often featured as an event at celebrations and special events such as this reception honouring the 1879 royal visit to Toronto. This reception also featured other exciting competitive events including a regatta organized by the Toronto Rowing Club. 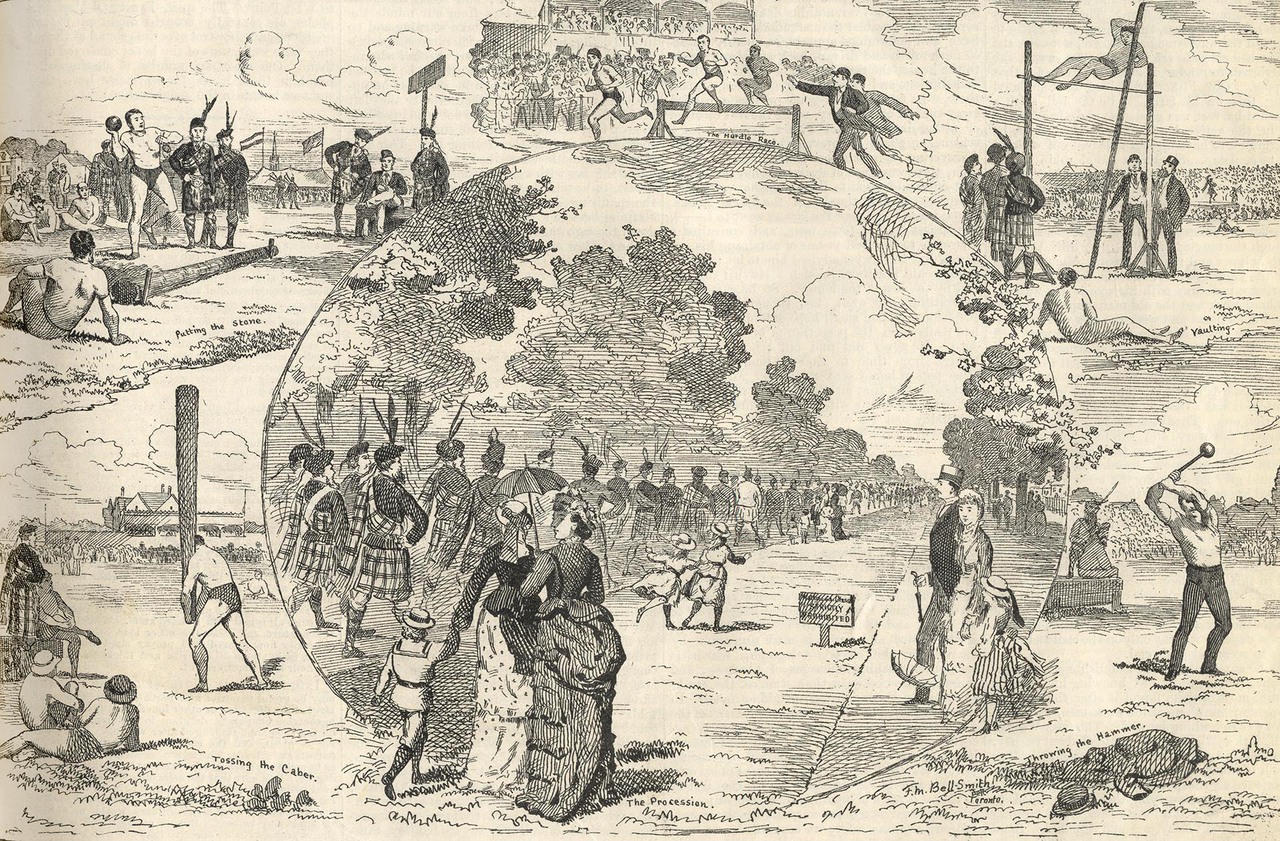 In some parts of the country, especially rural Ontario, “Caledonian” or “Highland” games were held for recent Scottish immigrants to preserve connections to the culture and traditions of the Old World.

← For the love of the game
Multimedia →
A spirit of competition