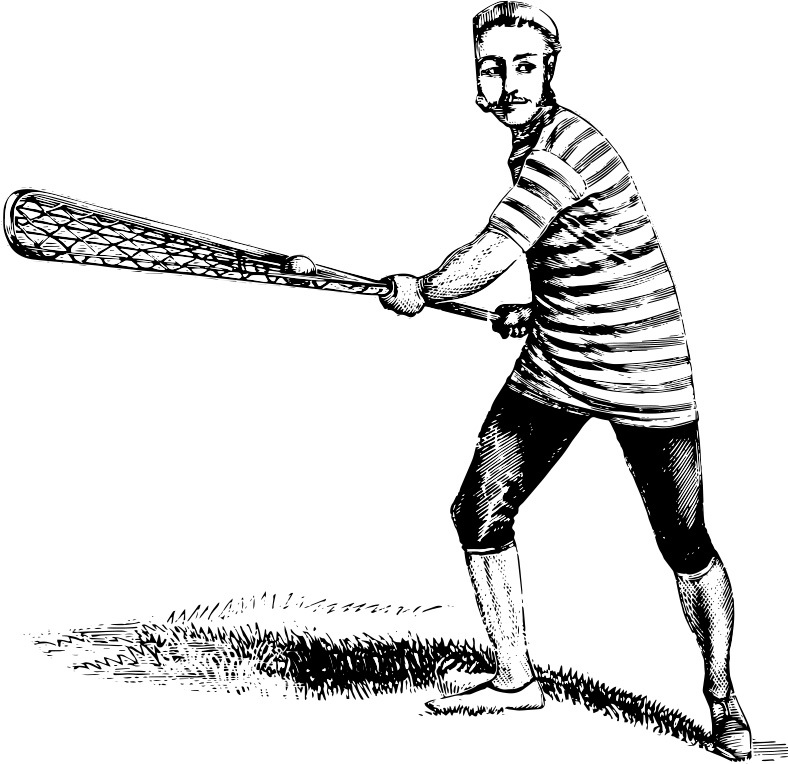 Over the course of the 19th century, the impromptu games first played on the garrison greens of British North America became the organized field and lawn sports we know today.

Cricket, an elite British gentleman’s game, was played in the village of York as early as the 1820s. At the time of Confederation, Sir John A. MacDonald declared that it should become Canada’s national sport.

Meanwhile, lacrosse, a sport with First Nations roots, was popularized and celebrated as a symbol of the new Dominion of Canada.

In the 1860s, a distinctly Canadian version of football, drawing from both English rugby and American football, was first played on fields in Montreal and Toronto.

An early British form of baseball was played in Upper Canada as early as 1838, but the sport didn’t take off until the modern American version of the game was first played in Hamilton, in 1859. Baseball all but replaced lacrosse as the country’s most popular summer sport by the First World War.

← Introduction
Lacrosse →
On the field