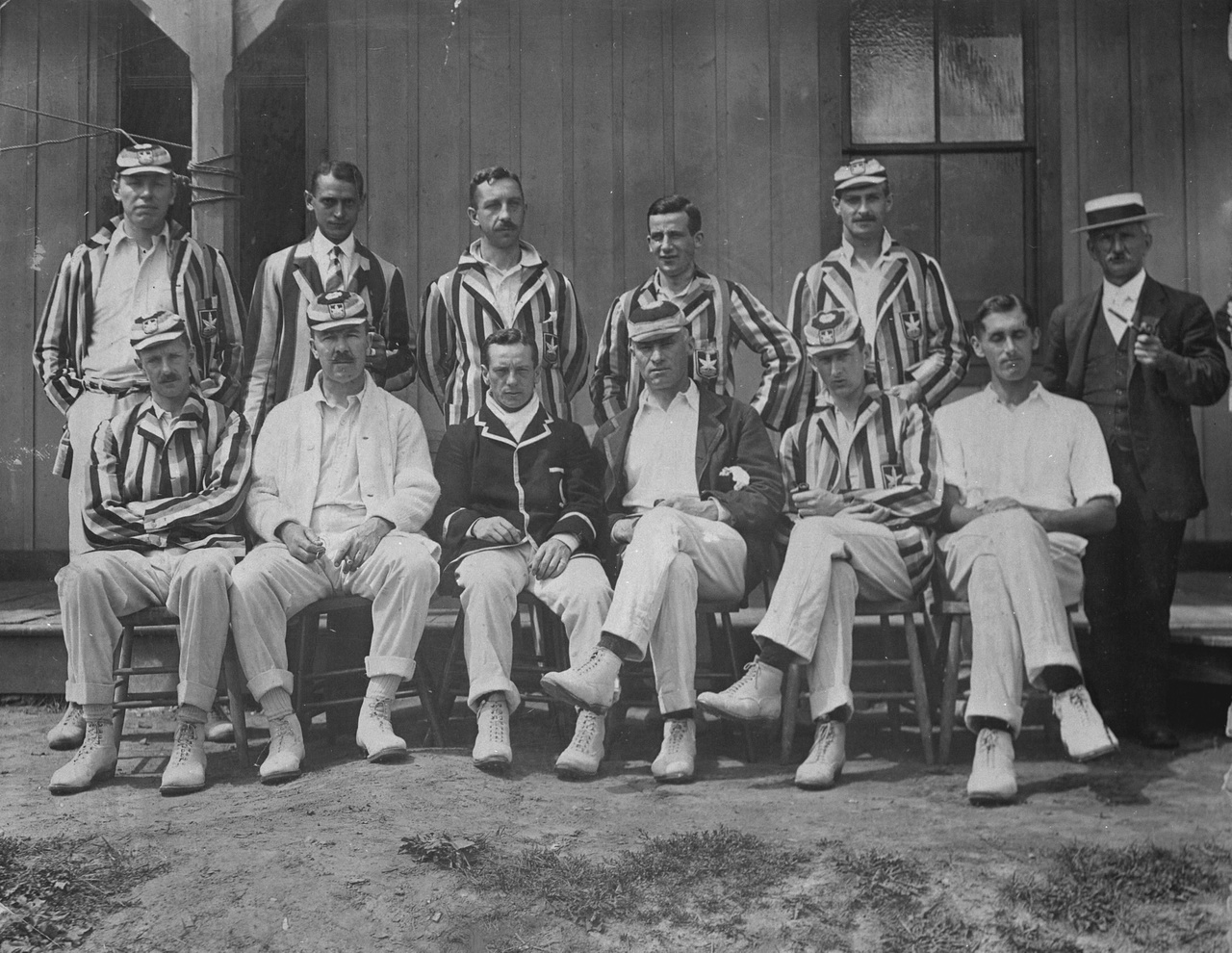 The quintessentially English game of cricket was first introduced to Canada by British officers. The York (Toronto) Cricket Club was founded in 1829. In the 20th century, the sport steadily lost popularity to American baseball.

This photograph of the Toronto and Rosedale Cricket Clubs was likely taken in front of the Toronto Lacrosse Club clubhouse in Rosedale Park. The inscription identifies two members of the team: D W. Saunders (front row, fourth from left) and Percy Henderson (back row, third from left). 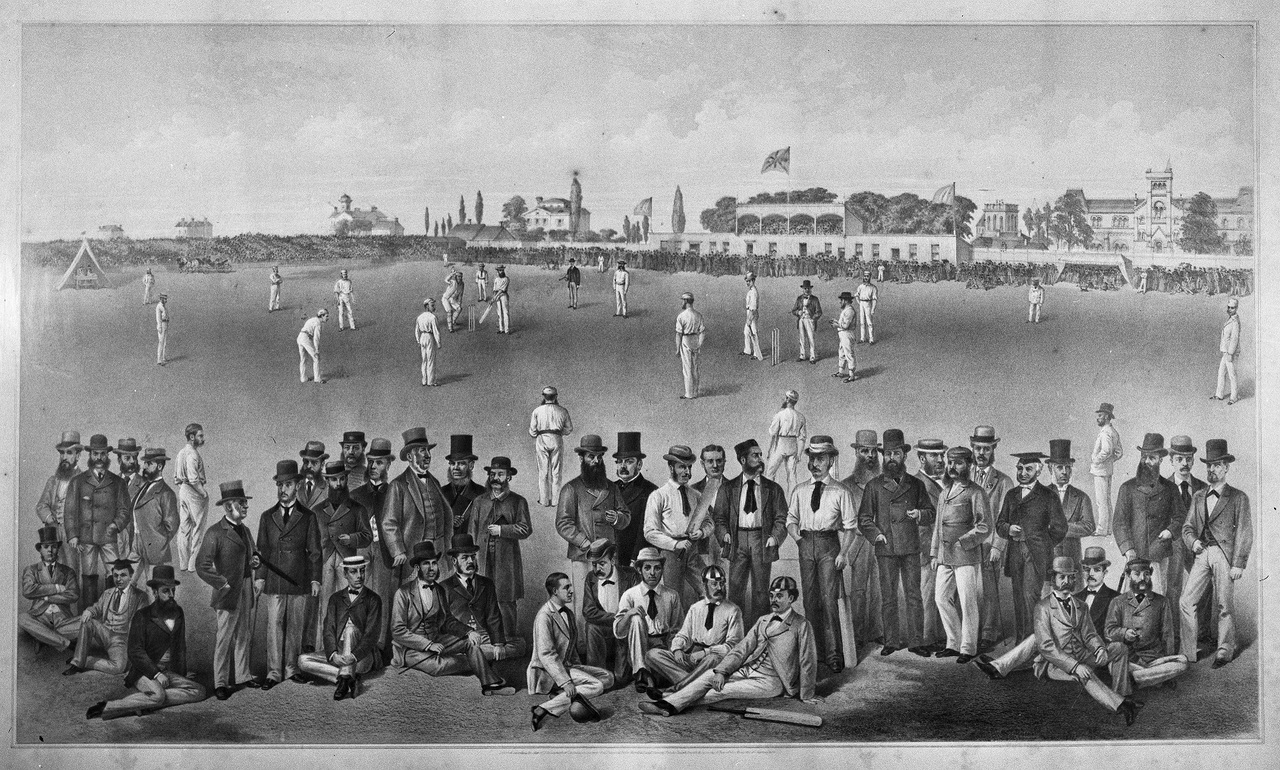 This international cricket match was played from September 2-4, 1872 at the Toronto Cricket Club Grounds which were on College Street near Queen's Park.

In 1844, Canada and the United States of America met in their first official international match at the St. George's Club in New York. The Canadian team lost by 37 runs in the 1891 match held in Toronto. 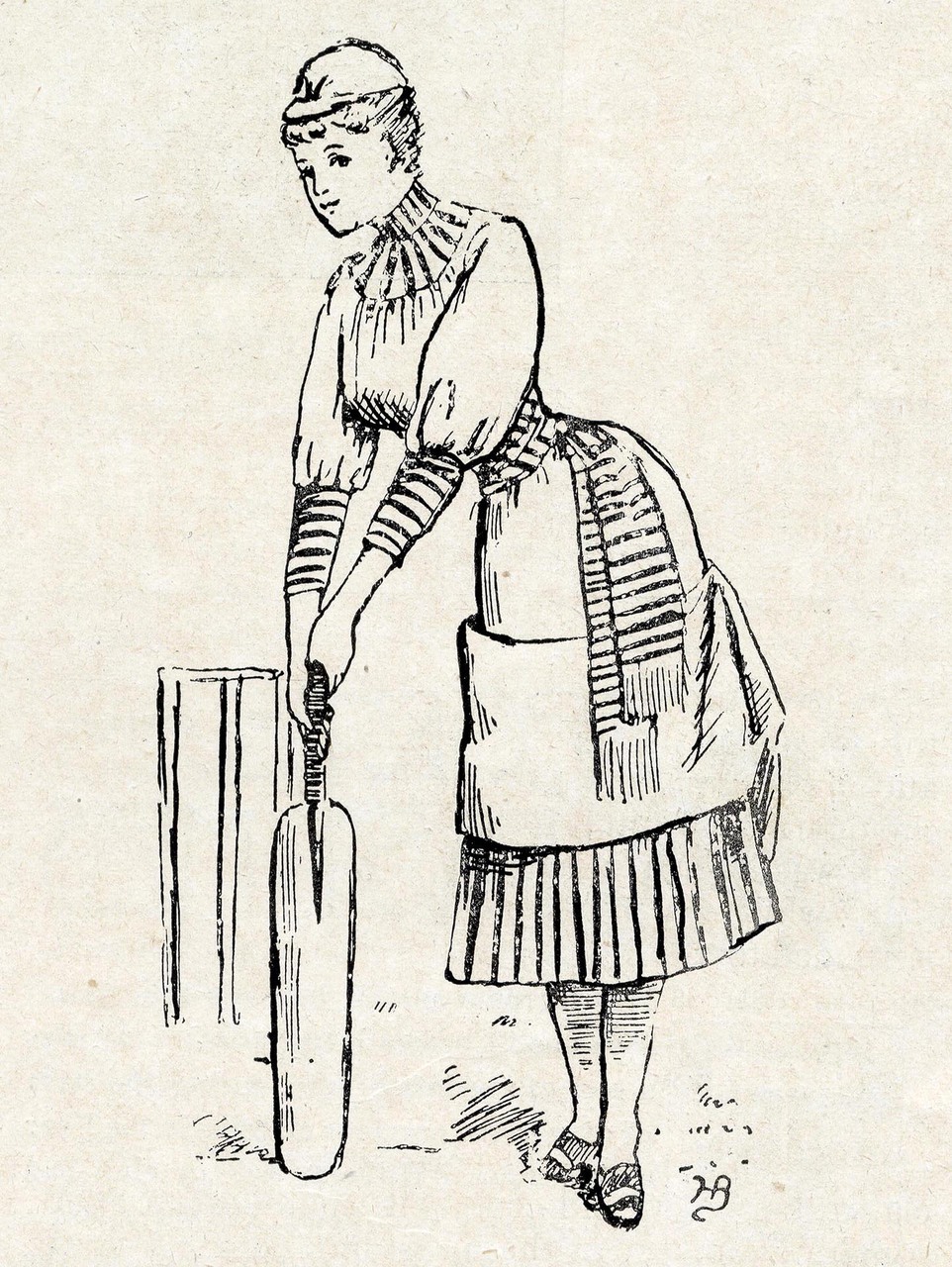 This cricketing costume was illustrated in a column entitled “Tea Table Talk: A Woman’s Letter to Women.” According to the author, this “new cricketing costume may be found useful, now that ladies are taking so very enthusiastically to the game […].”

← Baseball
Other field and lawn sports →
On the field
Cricket