Daniel Rotsztain studied Urban Geography at McGill University in Montreal, and has since lived in Halifax, Nova Scotia and Amsterdam. Now back in Toronto, Daniel spends his time helping out at Artscape on Toronto Island, delivering the Coffee News to cafes across the GTA, giving walking tours with walkTO, and as The Urban Geographer: a freelance artist, writer and cartographer trying to make sense of the city. All The Libraries Toronto has been the perfect project for Daniel, combining his love of Toronto, geography, architecture and exploring the city by bike, foot and TTC.

"A castle on College Street..." 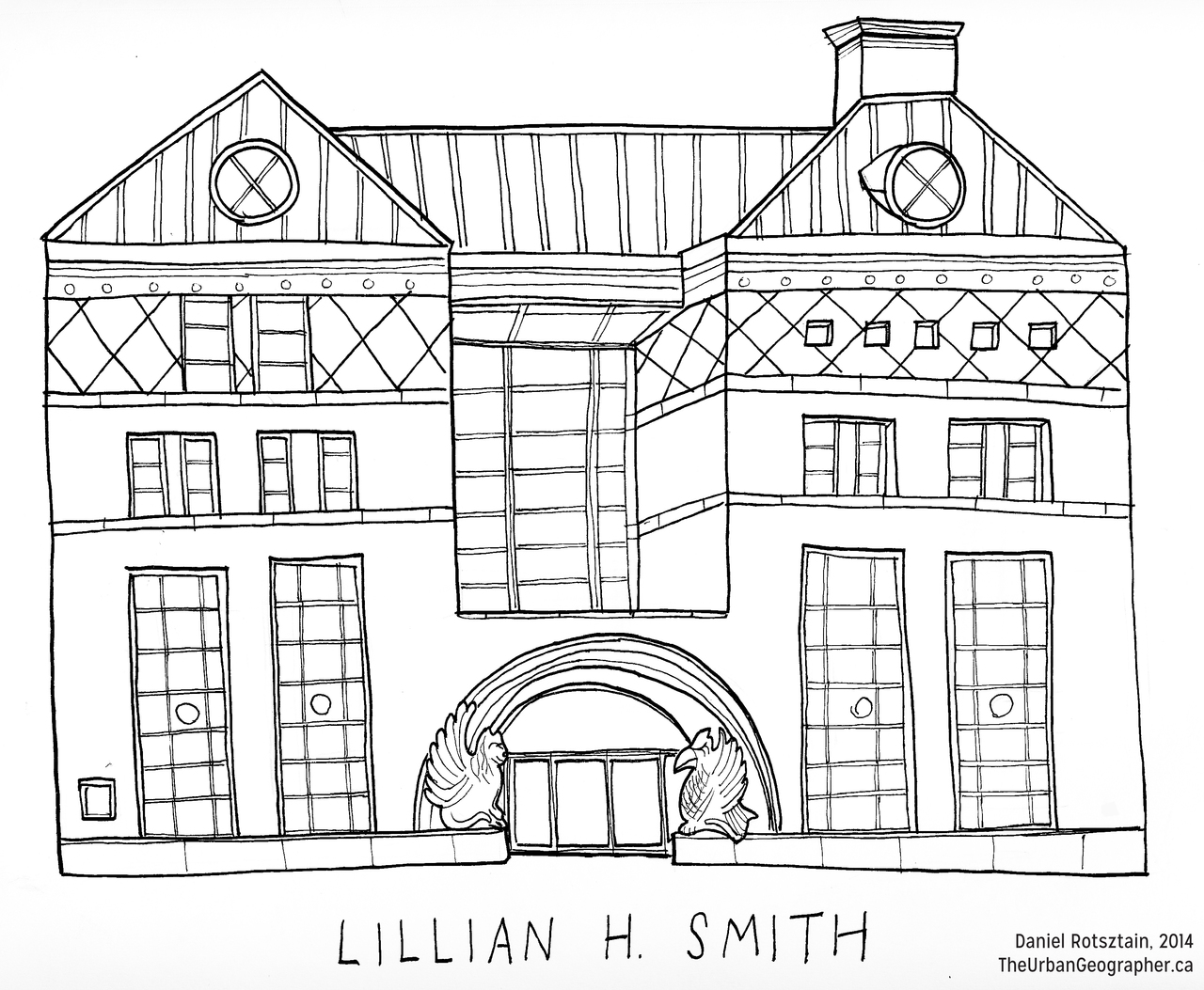 A castle on College Street is the perfect location for Toronto Pulic Library's Children and Sci-Fi collections. Lillian H Smith has been enticing the city since 1995 with its whimsical entrance gargoyles, inspiring Torontonians to enter and be spun round and round through the branch's four floors of literature surrounding an open atrium.

This sketch is part of Daniel's All the Libraries Toronto project, which was released as a colouring book (published by Dundurn Press) on October 31st, 2015.